OZZY OSBOURNE/ex-ROB ZOMBIE bassist Rob "Blasko" Nicholson's ferocious style has made him one of today's most sought-after players in the business.

In his IMV "Behind the Player" DVD, Blasko gives an intimate behind-the scenes look at his life as a professional musician including rare photos and video footage. Blasko then gives in-depth lessons for how to play "Dragula" by ROB ZOMBIE and "I Don't Wanna Stop" by OZZY OSBOURNE on bass and jams the tracks with ROB ZOMBIE drummer Tommy Clufetos.

"Video Tab" shows exactly how Blasko plays the two tracks. The video-game-style animated tablature is similar to Guitar Hero, but shows how to play the tracks for real.

A trailer for Blasko's IMV "Behind the Player" DVD can be viewed below. 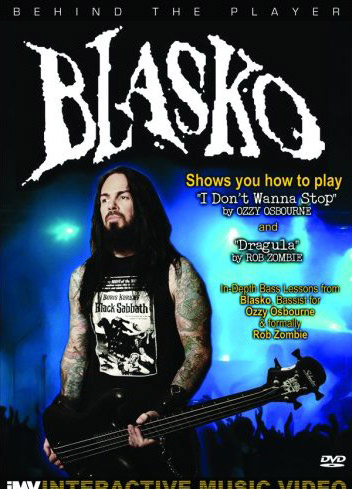