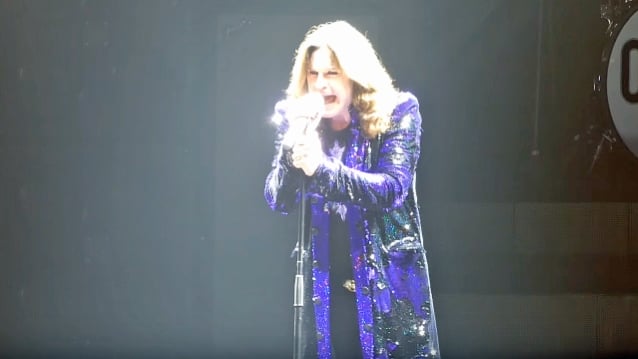 Osbourne, who will turn 70 in December, came out in a purple-sequined robe and performed a one-hour-and-35 minute set that touched on solo gems and BLACK SABBATH classics.

Despite the fact that "No More Tours 2" is being billed as his farewell tour, Ozzy Osbourne insists that he is not calling it quits. "I'm not retiring," he told Rolling Stone in an interview. "It's 'No More Tours', so I'm just not doing world tours anymore. I'm still going to be doing gigs, but I'm not going on tour for six months at a time anymore. I'd like to spend some time at home."

Osbourne, who spent the last few years touring with BLACK SABBATH before the legendary heavy metal act retired from the road, said that he wanted to "slow it down a little" and be there for his family. "I enjoy being a grandfather. I don't want to go through another generation of Osbournes without seeing them grow up."

After he completes the tour, Ozzy said that he would consider possibly making a new album. He told Rolling Stone that he had "eight or nine good song ideas" for the follow-up to 2010's "Scream", including "Mr. Armageddon" and "Crack Cocaine"." He will also play sporadic one-off shows but will not stay on the road for months at a time.

"It's what I do," Ozzy said. "It's my job. And when I say, 'It's my job,' I mean it's a passion for me. It's the greatest love affair I ever had, being in a rock band and playing for the people who come to the shows."

Ozzy has previously made conflicting statements about whether or not he intends to record a new studio album, telling The Orange County Register last fall that "it's not cost-effective" to release full-length collections of tracks. "You actually lose money because people aren't buying records anymore," he said. "A couple of songs, maybe I'll do that and put that out. I'll go to Sharon [Osbourne, Ozzy's wife and manager] and say, 'I want to do an album' and then I'll go to her and say, 'I don't want to do an album.' I really can't make up my mind."

Last year, Ozzy reunited with guitarist Zakk Wylde, who played on studio albums such as "No Rest For The Wicked", "No More Tears" and "Ozzmosis" and who has toured on and off with Ozzy for nearly thirty years.

Ozzy has played a number of solo shows since doing his final concerts with BLACK SABBATH a year and a half ago. The legendary band wrapped up its forty-nine-year career with a year-long farewell tour, ending with two shows in its hometown of Birmingham, England. 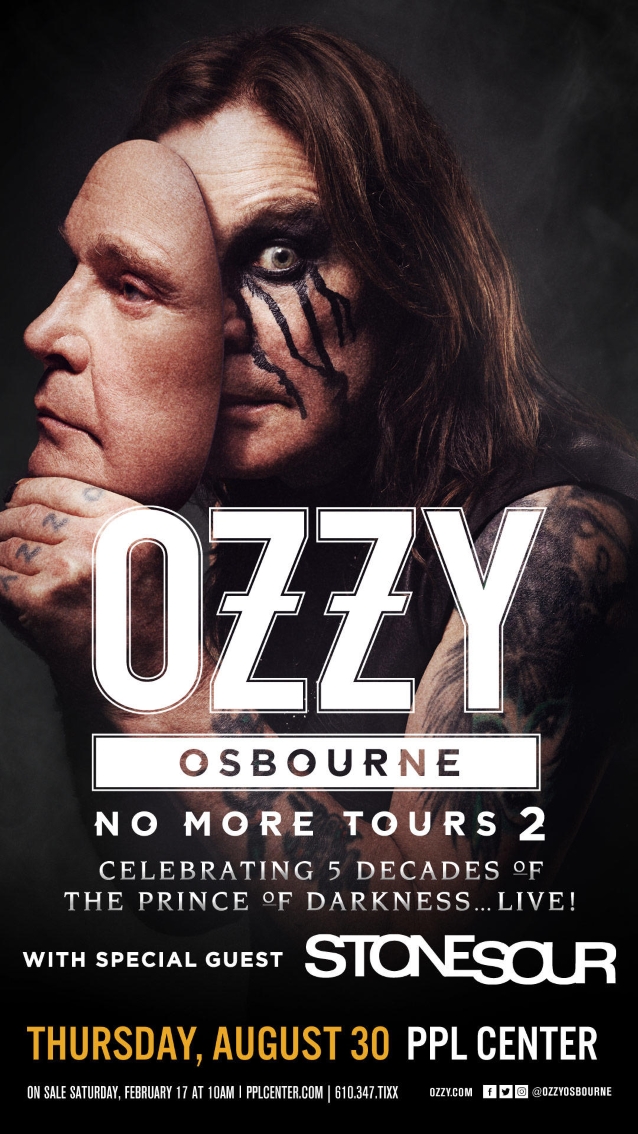