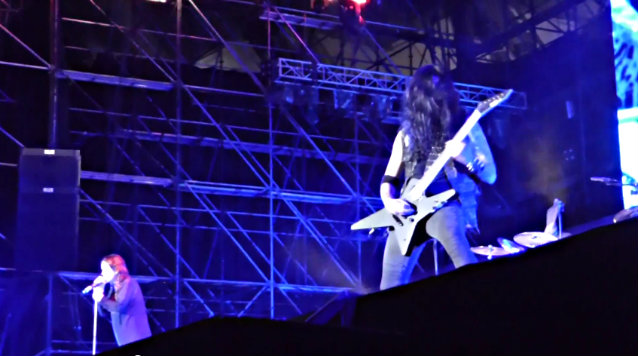 Fan-filmed video footage of Ozzy's performance at Hyundai Card Citybreak can be seen below.

The first edition of the Hyundai Card Citybreak rock festival took place in 2013 and was attended by over 75,000 rock fans. It featured a lineup that included headliners MUSE and METALLICA, IGGY AND THE STOOGES, LIMP BIZKIT, ASH, THE USED and WHITE LIES.

Ozzy will release a solo career retrospective titled "Memoirs Of A Madman" on October 7.

While it remains unclear whether BLACK SABBATH will record another studio album, Osbourne appears certain to continue with his solo career. Ozzy's touring guitarist, Gus G., told Noisefull in a recent interview, "Ozzy wants to do another solo album, that's for sure. As far as I know, he has a contract for three more solo albums, so I don't know when he will finish them, if he'll do them and if I'm going to be a part in it, but I certainly know that he wants to do one more solo album."

His first album under the SABBATH banner in 35 years, "13", came out in June 2013 and topped both the U.S. and U.K. album charts, later winning a Grammy Award as well. 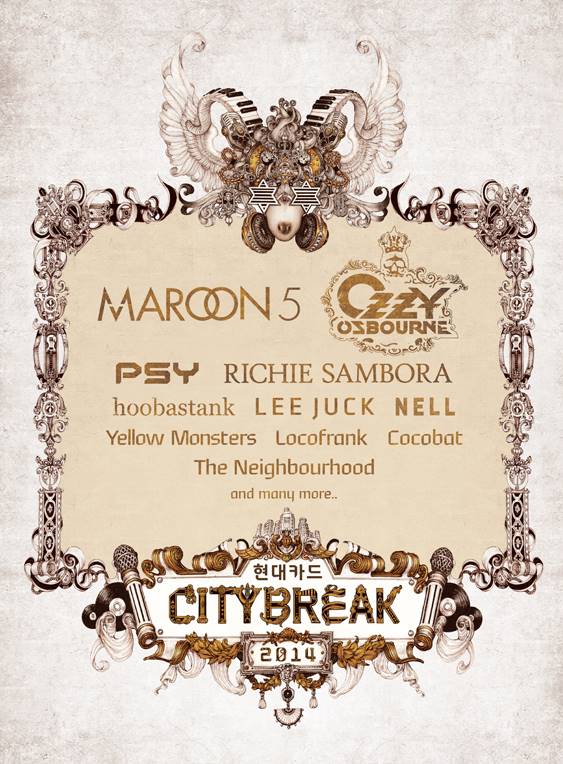