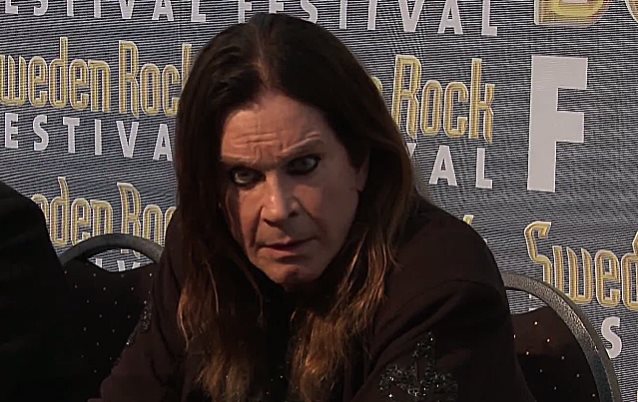 Ozzy Osbourne is the latest musician to comment on U2's decision to team with Apple to put the Irish rock band's new album, "Songs Of Innocence", on every single iTunes account in the world for free regardless of whether it was wanted or not.

Speaking to Shortlist, the BLACK SABBATH singer said: "I think it's good in one way, and bad in another. People got so pissed off with it, it was terrific. Trying to find out how to delete it off their fucking phones, or whatever. But U2 can afford to put an album out for free, whereas other bands can't, so it makes it difficult for up-and-coming bands. It's fucking selfish, really. They just got a zillion fucking sales from Apple, I suppose. Not everyone is U2, not everyone can get a fucking deal with Apple. There are a thousand bands out there today that aren't going to get heard by fucking anybody because they can't afford to do it."

Ozzy's wife and manager Sharon Osbourne delivered the most scathing remarks via a Twitter rant in which she wrote, "U2, you are business moguls, not musicians anymore. No wonder you have to give your mediocre music away for free, 'cause no one wants to buy it." She also called the Irish quartet "just a bunch of middle-age political groupies" and the group, iTunes and record company president Jimmy Iovine "a bunch of megalomaniacs."

Unlike many who felt that the placement of the "Songs Of Innocence" album was an unwanted intrusion, free or not, METALLICA drummer Lars Ulrich told Billboard, "I think U2 are the coolest . . . It's 2014 and anybody who thinks outside the box, or attempts in any way, shape or form, to break the status quo in the world of music, should be applauded."

Ulrich added, "It's not about whether the endeavor is a success or not. It's the fact that they have the balls and the foresight to throw something this radical at all of us."

The drummer hinted that METALLICA itself could do something along similar lines when it comes time to release its next album, saying, "We are embedded in our creative process right now and this type of attempt to reinvent the wheel inspires me immensely."