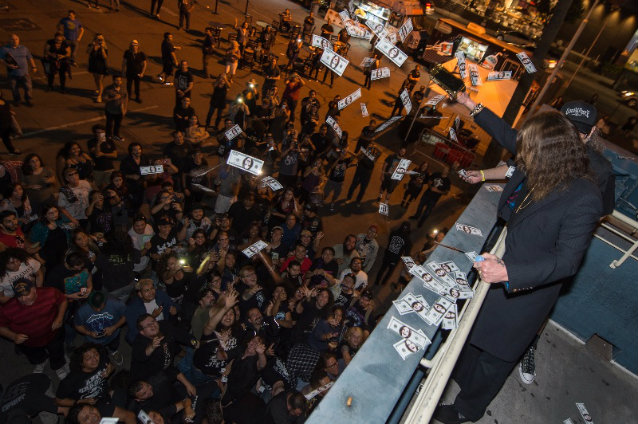 To celebrate this year's Ozzfest Meets Knotfest, a special one-time Ozzfest pop-up store debuted last night (Thursday, September 28) in the parking lot of the Hollywood Palladium in Los Angeles. With a variety of limited-edition merchandise for sale, last night's store also offered fans the ability to buy a $20 single-day ticket for this year's Ozzfest, Saturday, November 4 show at San Manuel Amphitheater and Festival Grounds in San Bernardino, California. Ozzfest Meets Knotfest is returning for a second year, with Knotfest to follow the next day (Sunday, November 5).

Beyond offering fans the $20 ticket, the store featured a selection of Ozzfest, Ozzy Osbourne and BLACK SABBATH merchandise ranging from T-shirts and posters to key chains, scarves, board games and much more. To add to the night’s festivities, Ozzfest founders Ozzy and Sharon Osbourne dropped by the location to greet fans where Ozzy showered the crowd with specially created Ozzfest money, some of which was tagged as winning dollars which could be exchanged for tickets to the November Ozzfest festival date.

A video report from Los Angeles television station KTLA can be seen below.

The San Manuel Amphitheater and Festival Grounds is where Ozzfest began in 1996 and where Knotfest was staged in 2015.

Ozzfest started more than twenty years ago and was the first national music festival of its kind dedicated to hard rock music. 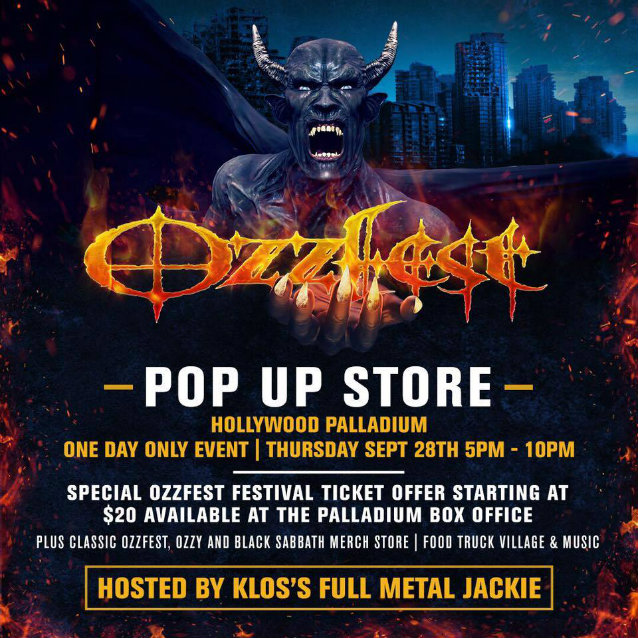