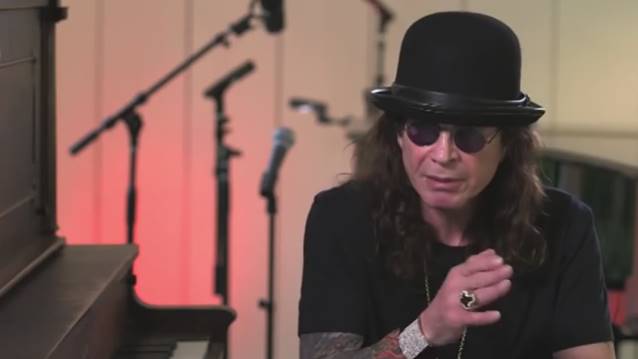 **June 4 Update**: Ozzy Osbourne has denied buying a new home in Beverly Hills, California. He tweeted earlier today: "I bought a house? That's news to Sharon and me."

According to TMZ.com, Ozzy Osbourne has purchased a home for $10 million in one of the most exclusive neighborhoods in Beverly Hills, California. The English-style 5,680-square-foot estate has a Playboy-esque grotto that's covered in roses and ivy, five bedrooms, five and a half baths and a two-story guest house with its own garage.

Ozzy and his wife/manager Sharon have reportedly been renting around Los Angeles since selling their previous California residence in 2013 to Jessica Simpson for $11.5 million.

Earlier this year, Osbourne was forced to shell out $27,000 to have a colony of bats removed from his estate in Buckinghamshire, England. The bats were discovered while Ozzy was having the house renovated in May 2014, with work halted until Ozzy could comply with the Wildlife And Countryside Act of 1981 and the Conservation of Habitats Species Regulations of 2010.

Ozzy infamously bit the head off a dead bat 33 years ago at a concert in Des Moines, Iowa.

Ozzy is scheduled to take part in a month-long residency in Las Vegas called Hell Gate this fall.

I bought a house? That's news to Sharon and me.