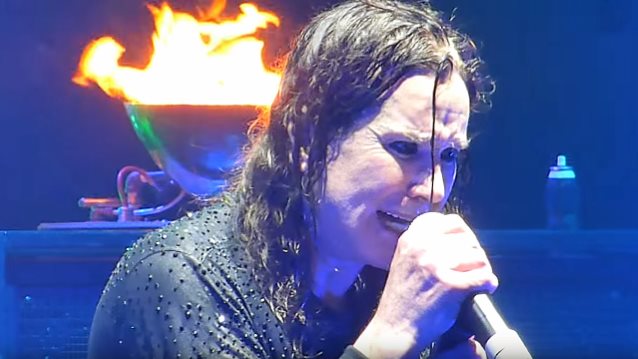 OZZY OSBOURNE To Perform At The Sturgis Buffalo Chip In August

"You never know what to expect with Ozzy, but you can be sure it will be over the top," said Rod Woodruff, president of the Sturgis Buffalo Chip. "He puts on an incredible show and this is one of those performances you just can't miss. You may not have another opportunity to see the legendary Ozzy Osbourne live on stage. I wonder if he's still biting the heads off bats?"

As the largest and most easily accessed concert and camping venue east of Sturgis, concert attendees not already camping at the Buffalo Chip will be able to access the free parking area at the east gate, about 5 miles from exit 37 on I-90. Passes purchased for Wednesday, August 9 include the Roland Sands Design Super Hooligan races presented by Indian Motorcycle and the Buffalo Chip Street Drag Invitational with Crazy John both taking place in the Chip's amphitheater that afternoon. "Young Blood/Old Iron", the 2017 Motorcycles As Art exhibit curated by Michael Lichter, will be open and free to the public.

Ozzy's wife and manager Sharon Osbourne told Rolling Stone that the 68-year-old singer would carry on as a solo artist after BLACK SABBATH's farewell tour came to an end this past February. "We'll continue until Ozzy finishes, and Ozzy won't be long behind them when he calls it a day," she said.