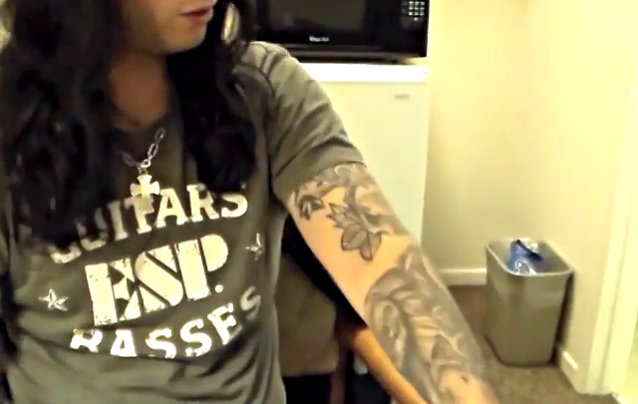 Greek guitar virtuoso Gus G., well known in rock and metal circles for his work as Ozzy Osbourne's guitarist and as leader of his own band FIREWIND, recently answered "five random questions" for Shockwave magazine. You can watch the question-and-answer session below.

A special expanded edition of "I Am The Fire" was released in Europe on November 3 (digitally in North America on November 4). This limited CD + DVD digipak features four bonus tracks and a 62-minute bonus DVD (including the album's four official video clips so far, plus three live tracks, six guitar tutorials, as well as an EPK and track-by-track commentary).

"I Am The Fire" was mixed by Jay Ruston (ANTHRAX, STONE SOUR, STEEL PANTHER) and was recorded between Los Angeles and Gus' home country of Greece through the latter half of 2013.