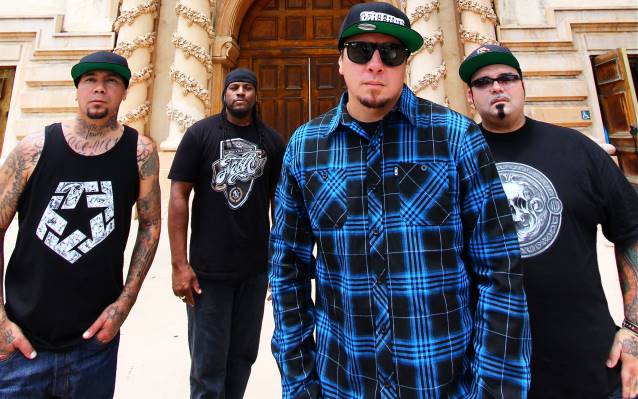 A special deluxe edition of P.O.D.'s current album, "Murdered Love", has just been made available digitally via iTunes. Highlights include two previously unreleased studio tracks, "Burn It Down" and "Find A Way" (recorded with producer Howard Benson) and an acoustic version of the band's Top 5 hit "Beautiful". Additional audio tracks include an acoustic version of "West Coast Rock Steady", an alternate version of "On Fire" and their #1 song "Lost In Forever (Scream)" plus various music videos and behind-the-scenes footage from the "Murdered Love" album cycle.

"Murdered Love" was released on July 10, 2012 via Razor & Tie. The band's long-awaited follow-up to "When Angels & Serpents Dance" sees them reunited with longtime producer Howard Benson, who also produced the group's massive "Satellite" album as well as hit CDs for Kelly Clarkson, THEORY OF A DEADMAN, DAUGHTRY, THE ALL AMERICAN REJECTS and MY CHEMICAL ROMANCE. The CD cover and packaging was illustrated and designed by Invisible Creature, whose previous credits include the FOO FIGHTERS, NORMA JEAN, Chris Cornell and many more.

In a 2012 interview with PureGrainAudio, vocalist Sonny Sandoval stated about the "Murdered Love" album title: "When we started PAYABLE ON DEATH, we were young kids at the time. It's a religious term, y'know, when someone passes on, what they leave behind — we've always related that to our faith in Christ. We believe in faith in the ultimate sacrifice for sin and doing that, we have redemption. So that's the pathway to our music. 'Murdered Love' is a very similar concept. It started out with the song 'The Day We Murdered Love', which was based on the idea that the moment Christ was crucified, how dark, how somber and sad it was. The earth quaked, the sky went black. It's talking about desperation for the people who believed in him, just the anguish that must've been felt. Y'know, just the idea that we crucified the Savior of the world; we murdered... love!" 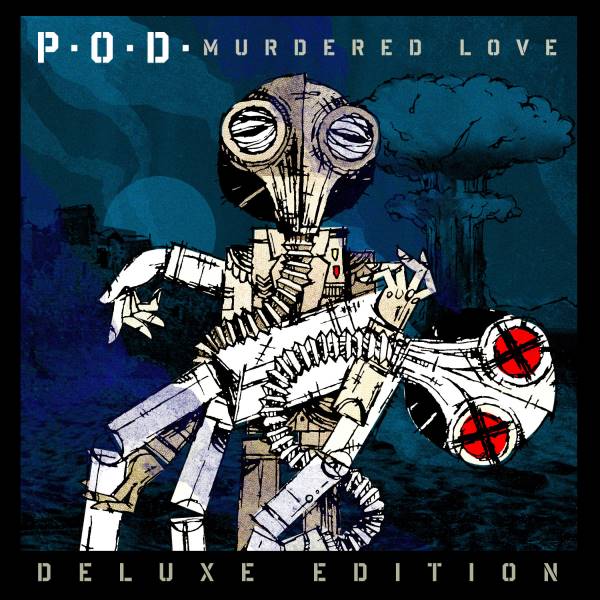