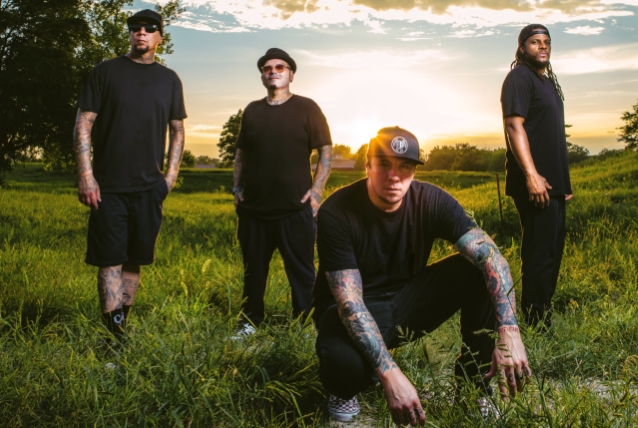 P.O.D. drummer Noah "Wuv" Bernardo is sitting out the band's current European tour in order to "take care of some business" back home in San Diego. He is being temporarily replaced by Jonny Beats.

Bernardo explained his absence from the trek in a video message posted to P.O.D.'s Twitter account. He said: "Unfortunately, I had to be back here in San Diego to take care of some business. Nothing crazy, nothing out of control or nothing serious — just some business, unfortunately. Sometimes you've gotta take care of business, so I'm still back here in San Diego. But in the meantime, between time, my homie, my brother, the triple O.G. Jonny Beats is gonna be covering for me on the drums, taking care of the drum duties, which I've got complete confidence that he'll do very well. And yeah, that's the situation. Everything's good. Sorry I couldn't be there for some of the shows that have already been played. But I guarantee you I will see you next time. And I'll be out there as soon as I possibly can be."

P.O.D. is continuing to tour in support of its latest album, "Circles", which was released in November via Mascot Label Group. The disc saw the band collaborating with the Los Angeles-based production duo called the Heavy (Jason Bell and Jordan Miller),who ensured the album is contemporary sounding without losing any of the band's core sonic signifiers.