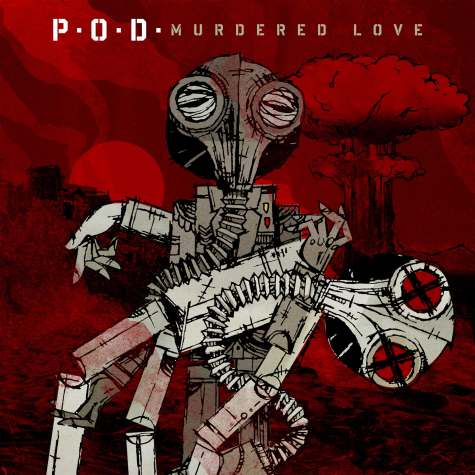 "Murdered Love", the new album from Christian hard rockers P.O.D. (PAYABLE ON DEATH),sold more than 16,000 copies in the United States in its first week of release to debut at position No. 17 on The Billboard 200 chart.

"Murdered Love" was released on July 10 via Razor & Tie. The band's long-awaited follow-up to "When Angels & Serpents Dance" sees them reunited with longtime producer Howard Benson, who also produced the group's massive "Satellite" album as well as hit CDs for Kelly Clarkson, THEORY OF A DEADMAN, DAUGHTRY, THE ALL AMERICAN REJECTS and MY CHEMICAL ROMANCE. The CD cover and packaging was illustrated and designed by Invisible Creature, whose previous credits include the FOO FIGHTERS, NORMA JEAN, Chris Cornell and many more.

The "Lost In Forever" video was shot in the California desert with director Spence Nicholson (BLEEDING THROUGH, THE BLED).