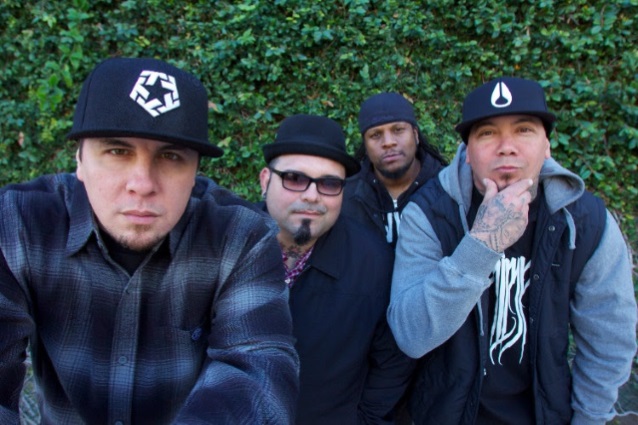 Over the span of two decades, P.O.D. has released 10 studio albums, including the triple-platinum "Satellite". They have had several hit songs, including "Southtown", "Alive", "Youth Of The Nation" and "Boom", and most recently with their Active Rock singles "Higher", "Beautiful" and "Lost In Forever", which reached No. 1. The band has been nominated for three Grammy Awards, racked up four #1 music videos, and contributed songs to numerous major motion picture soundtracks.

The members of P.O.D. are also active members of a tight-knit music community, having collaborated with a diverse list of artists including Katy Perry, H.R. (BAD BRAINS),Mike Muir (SUICIDAL TENDENCIES),Sen Dog (CYPRESS HILL),and more. The band's tenth studio album, "The Awakening", was released in 2015.

"We are very stoked to sign with Mascot Label Group and we are looking forward to a great run together," P.O.D. vocalist Sonny Sandoval said. "25 years in this music game and we couldn't be more excited!"

Mascot North American president Ron Burman said: "We’re very excited to be working with P.O.D., who have been innovators in creating hugely impactful and inspirational rock songs over the years that have become the soundtrack to so many people's lives. We look forward to being a part of the next chapter of their impressive career."