The first confirmed dates are as follows:

Last year's PaganFest USA was a huge success, and according to Rock The Nation manager and KATAKLYSM frontman Maurizio Iacono, "the hype is not over just yet! Like all the things I do in my life, whether I listen to what people say and what people want, there's no way we would not top this year's PaganFest USA with the next one, so we thought of the ultimate line up and went for it! This will be THE event to be at for 2009, that's for certain." 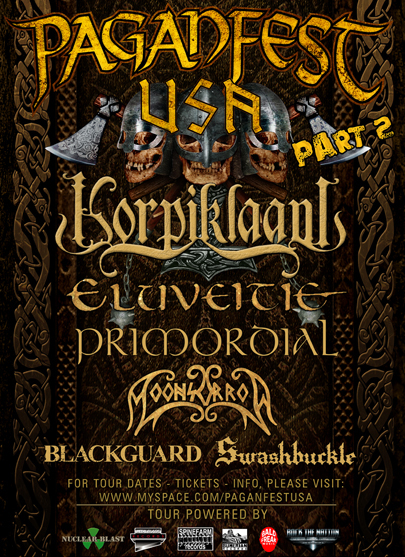