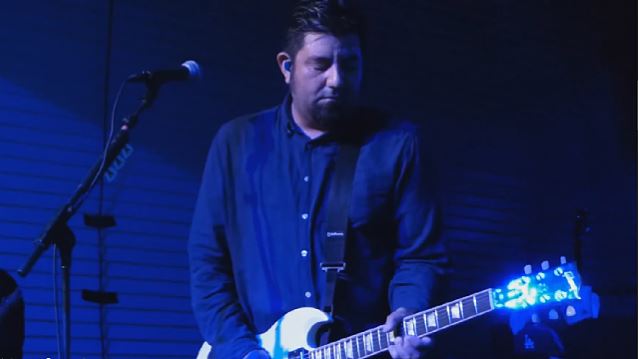 Fan-filmed video footage of PALMS' entire September 30 concert at Brewster Street Ice House in Corpus Christi, Texas can be found at this location. A couple of the clips are available below.

PALMS released its self-titled debut album in June 2013, with Spin describing "Palms" as "the slow-orbiting-rocket float of 'Oceanic'-era ISIS painted in soft colors, now with the gushing, soaring melodies that would work on an older sibling's mixtape next to CURE, ECHO & THE BUNNYMEN, US, or DEPECHE MODE" and Revolver proclaiming the album a "dreamy, swooning… masterpiece."

PALMS came together following the demise of ISIS, with Jeff Caxide (bass), Aaron Harris, (drums) and Clifford Meyer (keyboards/guitar) electing to continue playing music together. "After a little time Jeff, Cliff, and I decided that it was insane that we all still lived here in Los Angeles and weren't playing together," Harris said. "It just sort of happened naturally, probably because we have been playing together for so long, and things started to come together. But we didn't want to be instrumental: We wanted vocals. We just weren't exactly sure who that would be at first." The band, knowing that Moreno had been a fan of ISIS, thought he would be a great fit and he agreed. "A chance to work with the guys from ISIS sounded like a lot of fun," Moreno said. "I've always been into the atmospheric sounds they had created with that project and felt my sense of melody would meld well with theirs." 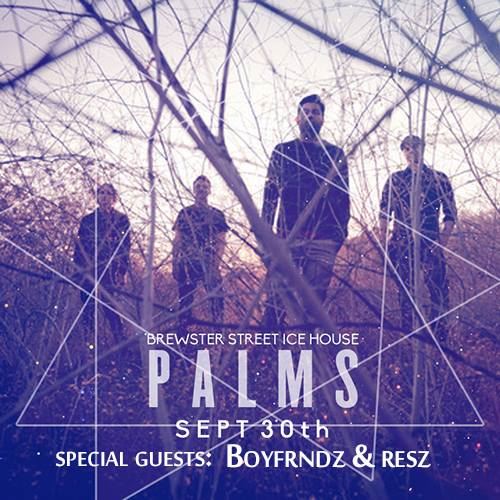