Z2 Comics reaches "a new level" in 2022 with the release of an ambitious graphic anthology paying tribute to one of the biggest bands in the history of heavy metal, whose innovative fusion of groove and hardcore served as one of the defining sounds of the 1990s: PANTERA.

"We're really happy and excited to have this graphic novel come out for the fans, and to be a part of something special, as it pertains to its artists and creators," PANTERA vocalist Philip Anselmo explains.

"Check out our killer new 'Vulgar' graphic novel. Can't wait to check all of it out!! And neither will you!!" PANTERA bassist Rex Brown says.

In the grand tradition established by Z2, the "Vulgar Display Of Power" graphic novel unites famous fans of the band throughout comics and music to team up on adaptations of all eleven of the album's tracks. Creators including Alan Robert (LIFE OF AGONY),Eric Peterson (TESTAMENT),Keith Buckley (EVERY TIME I DIE),Burton C. Bell (FEAR FACTORY) and Steve Niles ("30 Days Of Night"),and illustrators Brian Ewing, Erik Rodriguez, Ryan Kelly, Steve Chanks, Kevin Mellon, John Pearson and Danijel Zezelj will each offer a unique interpretation inspired by the lyrics and music to create a whole new way to experience this landmark work of heavy art.

Fronting this legacy of admiration and talent, legendary tattoo artist and friend of the band Paul Booth provides the stunning cover art, showing the grisly aftermath of the sucker-punch cover photo from the original album.

"I'm not sure I can even express what a tremendous honor it has been to work on this project for PANTERA," Booth says. "The first music tour I ever went out on, PANTERA headlined. That was back in '94 with SEPULTURA and BIOHAZARD. To this day, I still compare every tour I've been on to that one as it really was the most special for me. This project has been an awesome experience and I greatly thank everyone involved."

"Vulgar Display Of Power" marked another turning point in PANTERA's sound, as Anselmo traded his moments of falsetto for a commanding hardcore vocal assault, backed by the trademark guitar crunch of "Dimebag" Darrell Abbott and rounded out by Brown and drummer Vinnie Paul Abbott. The resulting sound was every bit as powerful as the album's visceral cover art. Their most commercially successful record to that point, the album laid the groundwork for the band's further domination of heavy radio and video airplay. Certified gold only a year later, this album has stood the test of time as one of the defining moments for the band and for the enduring legacy of heavy metal.

Z2 and PANTERA present "Vulgar Display Of Power" in both softcover and hardcover formats, as well as deluxe, super deluxe, and platinum editions packaged with an exclusive vinyl variant LP of the classic album, gallery-ready prints by Zezelj, Rodriguez and Robert, signed editions from Anselmo and Brown, plus more available exclusively through Z2's webstore. Also available in a limited and numbered edition will be a one-time release of a special "punch action" resin statue paying tribute to the album's iconic cover art.

The preeminent metal band of the early to mid-'90s, PANTERA put to rest any and all remnants of the '80s metal scene, almost single-handedly demolishing any notion that hair metal, speed metal, power metal, et al., were anything but passé. Loathe to admit it, the Texas band had in fact been one of those '80s metal bands, releasing fairly unsuccessful (and later disowned) glam-inspired music throughout much of the decade. The about-face came with the addition of Anselmo, and the key turning point was the band's major-label debut, "Cowboys From Hell" (1990). PANTERA's mainstream breakthrough came next with "Vulgar Display Of Power" (1992),their second major-label album, which thrust the band to the forefront of the metal scene, alongside such veteran bands as METALLICA, MEGADETH, SLAYER and ANTHRAX, as well as fellow up-and-comers SEPULTURA and WHITE ZOMBIE. By the time PANTERA unleashed "Far Beyond Driven" (1994),after two long years of touring, they were the most popular metal band in the land: the new album debuted atop the Billboard Top 200 as its lead single, "I'm Broken", was getting massive airplay.

At the height of their popularity and influence, PANTERA began to self-destruct. Less than two months after the release of "The Great Southern Trendkill" (1996) — an album ridden with allusions to drug abuse and personal destruction — Anselmo overdosed on heroin after a homecoming concert in Texas, and as tensions rose between him and his fellow bandmembers, he began engaging with a growing list of side projects that kept him away from PANTERA. A live album, "Official Live: 101 Proof" (1997),was compiled for release when it became evident that no new studio album was forthcoming any time soon. One final studio album did result, "Reinventing The Steel" (2000),but that was more or less it for the briefly reunited PANTERA. The bandmembers once again went their separate ways, continuing with such bands as DAMAGEPLAN, DOWN and SUPERJOINT RITUAL.

The end of PANTERA then became official on December 8, 2004, when Dimebag was murdered on-stage by a deranged fan. This much-publicized murder shone the spotlight back on PANTERA for an extended moment, and amid all of the emotional outpouring and tributes, a consensus arose: in retrospect, there was no greater metal band during the early to mid-'90s than PANTERA, who inspired a legion of rabid fans and whose oft-termed "groove metal" style bucked all prevailing trends of the day — from hair metal and grunge to nu-metal and rap-metal — and remains singular to this day, as defined by the vocals of Anselmo as it is by the guitar of Dimebag. 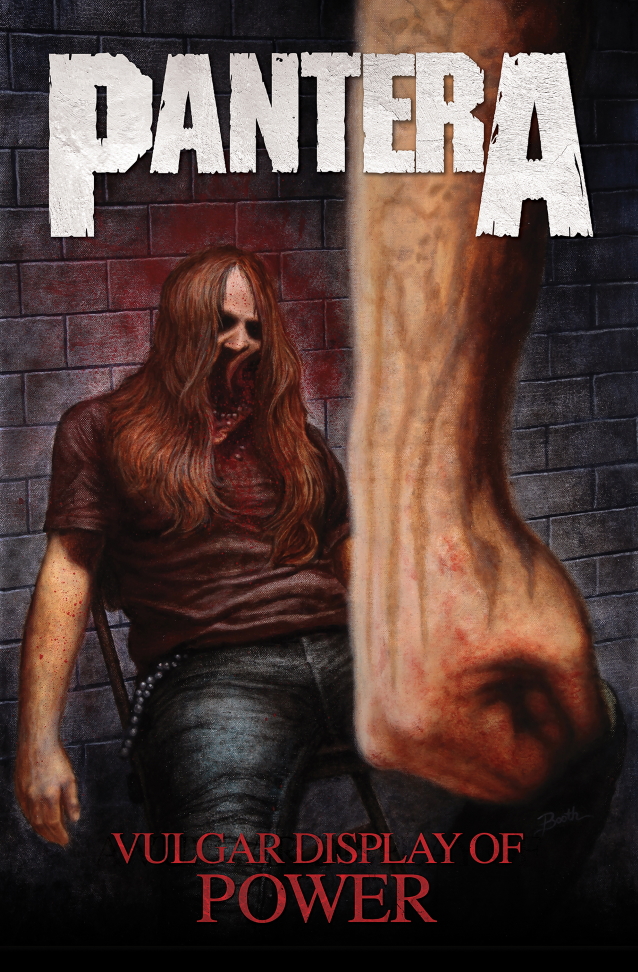 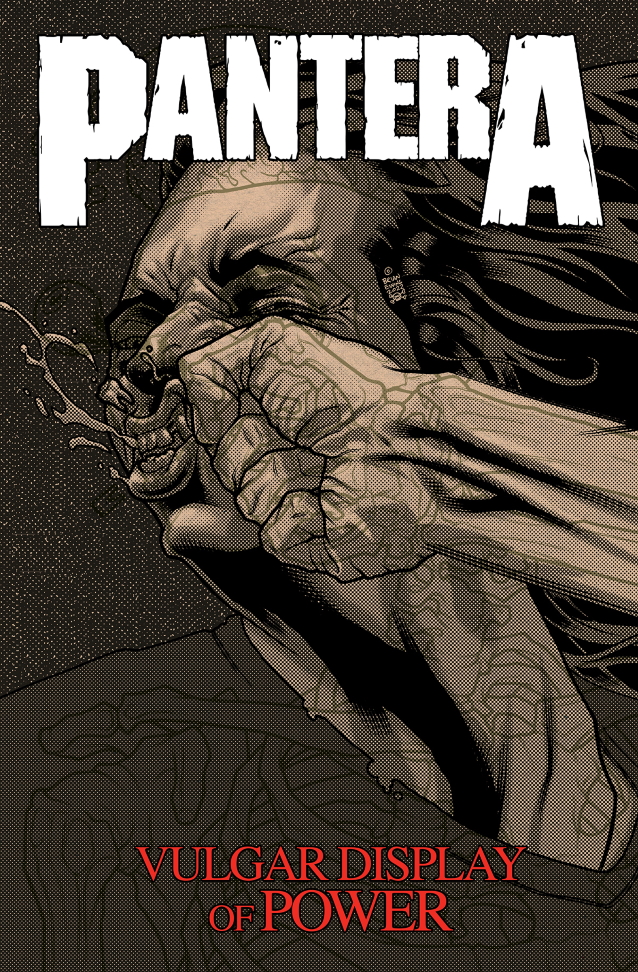 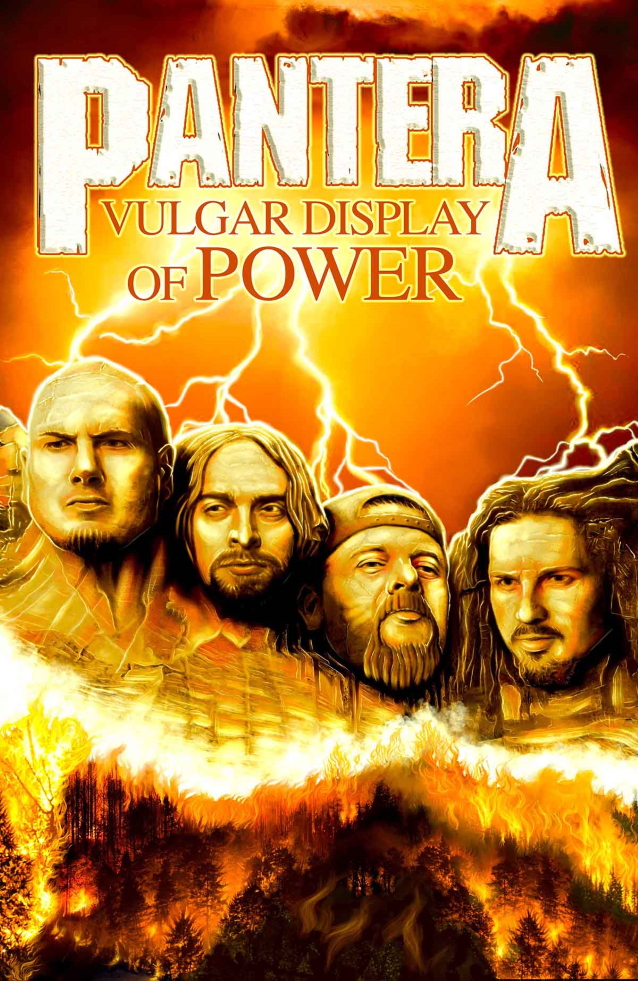 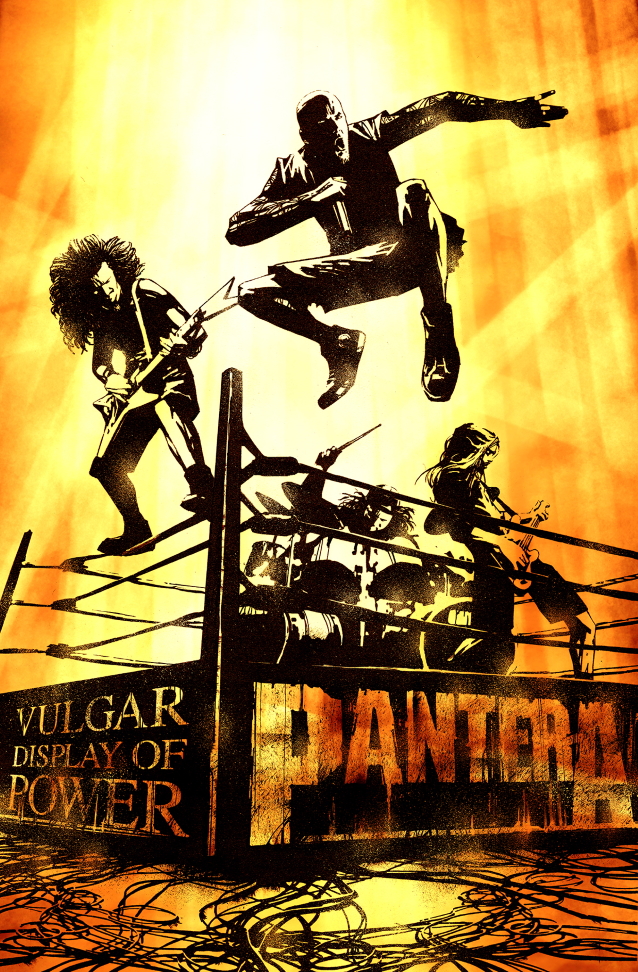 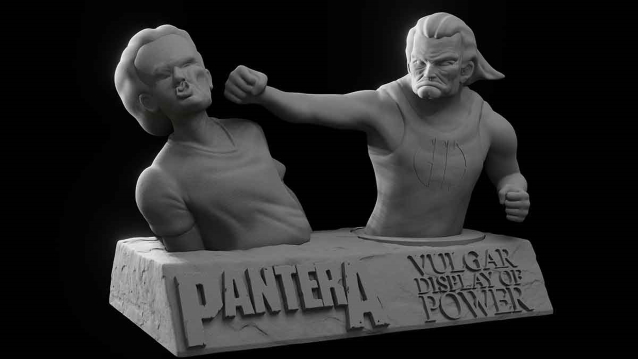 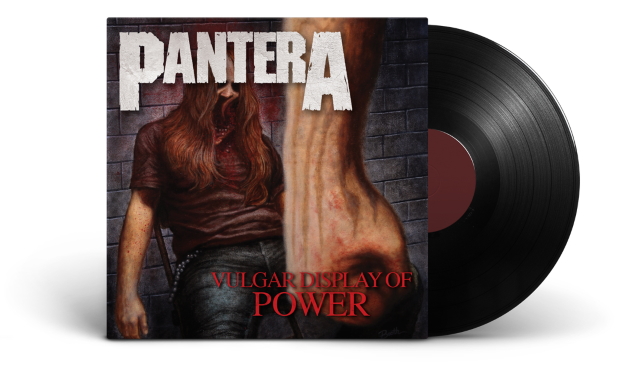