To celebrate the 20th anniversary of PANTERA's seventh studio album, "Far Beyond Driven", a two-disc edition of the record will be made available on March 25. The new version will include a newly remastered version of the original recordings along with a new live performance from the 1994 Monsters Of Rock festival.

The official listening and release party for "Far Beyond Driven: 20th Anniversary Edition" will be held on Saturday, March 22 at 10:00 p.m. at Duff's Brooklyn in Williamsburg, Brooklyn.

PANTERA reached a major milestone in 1994 when the legendary metal band's seventh studio album, "Far Beyond Driven", debuted at NO. 1 on The Billboard 200, becoming the fastest-selling album of the group's career and its second consecutive platinum release. Not only a commercial success, the album also earned positive reviews around the world for the beautiful brutality of its all-out sonic assault. 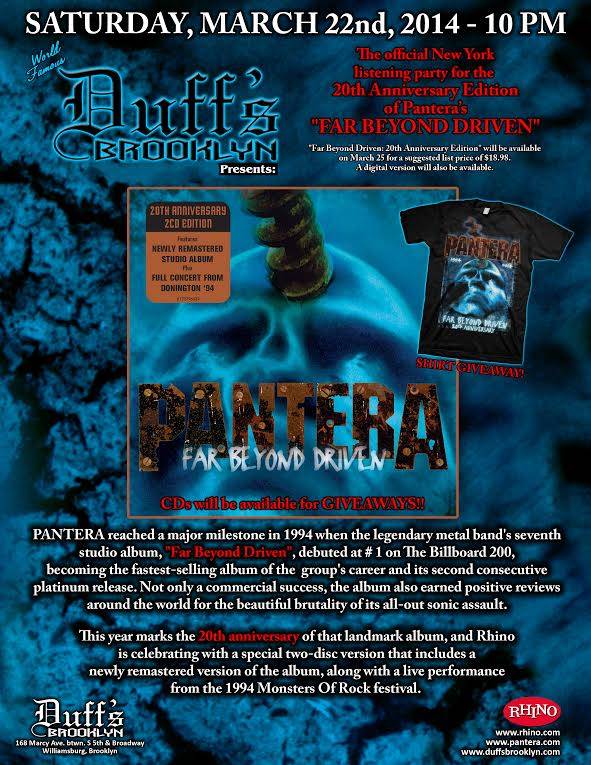