"We're really excited to be back on the road, joining up again with HOLLYWOOD UNDEAD and BAD WOLVES," PAPA ROACH says. "Both bands bring deep catalogues and killer live shows. It'll be a non-stop rock 'n' roll thrill ride start to finish."

PAPA ROACH capped another fruitful year in 2021, after celebrating the 20th anniversary of its landmark album "Infest" last year. Throughout the year, the band teased three new tracks from its forthcoming LP, which is expected for release early next year. The first track released to radio, "Kill The Noise", just completed a four-week run at no. 1 on the Mainstream Rock chart. This follows "The Ending", which peaked at no. 1 earlier this year (giving PAPA ROACH their ninth no. 1 single and mind-blowing 20th Top 5 single to date). 2021 also marks the band's third Grammy nomination for the remix of "Born For Greatness" by Spencer Bastian a.k.a. CYMEK and the relaunch of the band's own label, New Noize Records, in partnership with ADA Worldwide (WMG's independent label and artist services arm). Capping the year off, the partnership has already achieved 100 million streams to date.

This past October, PAPA ROACH released a new single called "Dying To Believe". The track, produced by WZRD BLD a.k.a. Drew Fulk (ICE NINE KILLS, MOTIONLESS IN WHITE, BULLET FOR MY VALENTINE),is a call for human unity and harmony, despite any differences people have.

"Dying To Believe" arrived weeks after the release of PAPA ROACH's previous two singles: "Swerve", which was a collaboration with FEVER 333 frontman Jason Aalon Butler and Los Angeles rapper Sueco; and "Kill The Noise". All three tracks are expected to appear on PAPA ROACH's upcoming eleventh studio album, due via the band's own record company, New Noize Records, Inc., under exclusive license to ADA.

Back in May, PAPA ROACH singer Jacoby Shaddix told the FM99 WNOR radio station about the band's decision to release its next LP through its own label: "We're using our knowledge over the years that we've accumulated with our team and ourselves to take the reins and run with this one ourselves. And it's very exciting. It's kind of scary. 'Cause you don't know. But guess what? I just feel like we can't fail… I just go, we've been doing this; we know a lot; we know what our fans want; we know what we want; we know that we are inspired; we know that we are passionate; and we know we've got a fanbase that loves us. Let's do this. And I go, 'You know what? I think we can do this.' And so we made the jump."

In January 2021, a snippet of a brand new PAPA ROACH song called "Stand Up" was included in commercial for Ultimate Fighting Championship's (UFC) partnership with ESPN.

"Who Do You Trust?" was released in January 2019. The disc was produced by Nick "RAS" Furlong and Colin Cunningham except for the song "Top Of The World", which was helmed by Jason Evigan. 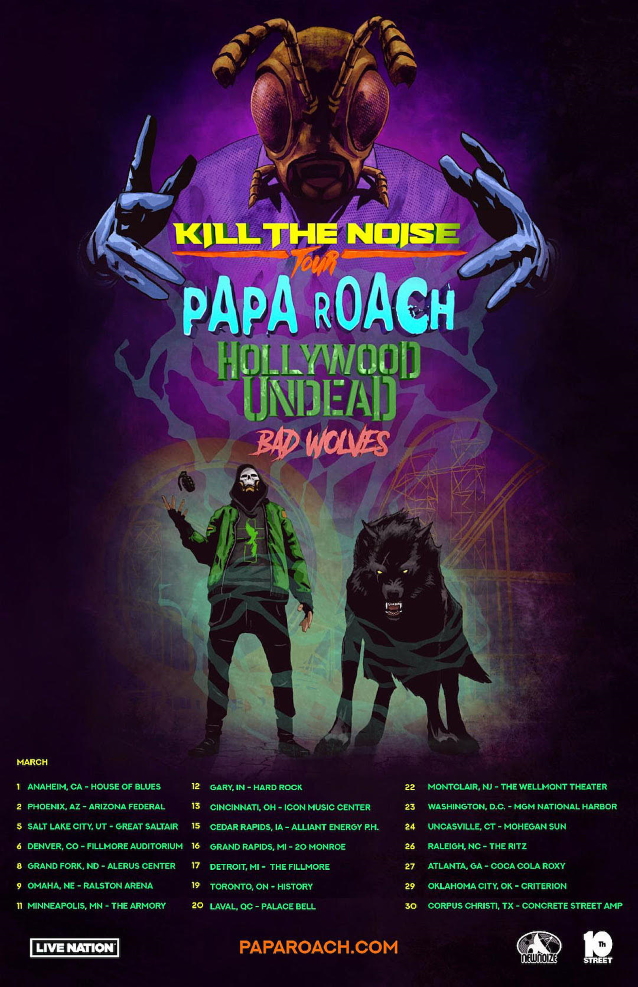