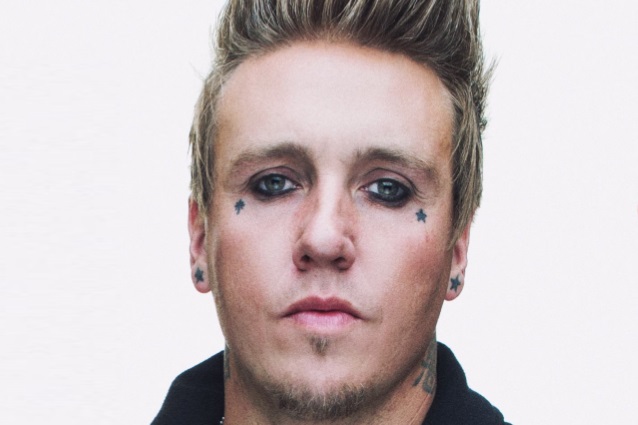 Christina Rowatt of Australia's The Void recently conducted an interview with PAPA ROACH singer Jacoby Shaddix. You can watch the chat below.

Speaking about last year's suicide of LINKIN PARK singer Chester Bennington, Jacoby said: "I knew Chester quite well. Back in the day, we [PAPA ROACH] were just starting to crack off the hinges and they [LINKIN PARK] were just about to break. And we actually took them on tour way back in the day and had a really good moment out there with those guys and became really close with them. We had a lot of fun. We did Ozzfest together with them. And then they just took to that next level and they just never stopped.

"Chester and I have struggled with a lot of the same demons, a lot of the same issues, and I'm deeply saddened to know that it came to that for him in his life," he continued. "It's, like, God, it's just fucking terrible. But the reality is we can try to find these things that we feel fill the whole in our soul and a lot of us struggle in trying to find that and sometimes it just gets too dark. And that's how it got for him and, unfortunately, it came to that. It's incredibly sad. He left a lot of loving people behind. But through the story, it opened up a bigger dialogue. Chris Cornell [SOUNDGARDEN] too, man — you just think about these great dudes that a lot of people looked up to and you just see the power in their music and how it influenced and affected and lifted people out of these dark places. That's hardcore stuff."

Shaddix went on to describe artists as "super-sensitive" and "super-high-emotional people" who generally undergo psychotherapy more often than non-musicians.

"I sit here as a testament, as a man that has been to those dark places my own self, and I haven't taken those actions," Jacoby said, referring to Chester's decision to end his own life. "And just to say to people, there's hope.

"What I would say that's the thing that I think gets a lot of us rock and rollers is there's a loneliness at times that sets in," Shaddix explained. "When you're out on the road and you're doing it for so long, and you don't know who really wants to just love you for you or for your status or whatnot, and so you're careful about who you let into your life, and then, all of a sudden, you find yourself isolated and alone and lonely, and that's a dangerous place for a lot of people to be."

Bennington died in July at the age of 41. He had been open with the press and public about his struggles with depression, drugs and alcohol, which landed him in rehab twice around 2006.

PAPA ROACH is continuing to tour in support of its ninth studio album, "Crooked Teeth", which was released last May via Eleven Seven Music.