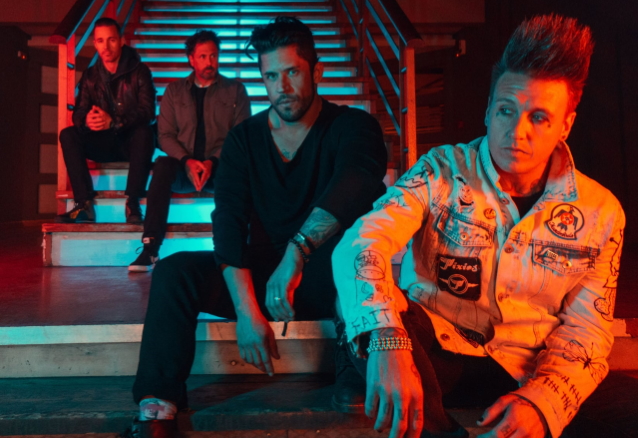 PAPA ROACH's JACOBY SHADDIX On Upcoming Album: 'Fans Can Expect To Be Taken On A Wild Ride On This One'

PAPA ROACH singer Jacoby Shaddix spoke to Pablo of the Minneapolis, Minnesota radio station 93X about the band's upcoming follow-up to 2019's "Who Do You Trust?" album. He said (as transcribed by BLABBERMOUTH.NET): "We locked ourselves up for a month down in Temecula, California. It's past L.A., kind of in the high desert. We got this place, and everybody got COVID tested. We showed up. We had a chef there. We had a couple of engineers there, our producers, the band and a videographer. And from the moment the equipment was set up to the moment the equipment was torn down, it was just non-stop creativity. We dug really deep on this record and we got really adventurous. And it was a great kickstarter for the creative process. We came out of there with, like, 10 songs, I think. And we just felt like we were on to something really special. And I think being able to live together and be in each other's presence 24-7 really caused some emotional breakthroughs within the band, some creative breakthroughs within the band and just ultimately some rowdy fucking experimentation, creatively and musically.

"There's some stuff that we did down there that isn't gonna be on the record that maybe it'll be on some future releases or something like that," he continued. "And then there's a bunch of stuff from those sessions that will be on the record, and stuff that we recorded there made it on to the album. And then we took the rest of it and intermittently, over the last four, five, six months, just made trips to the studio and just locked in and created and finished up this album. And we actually just got off a creative call with our new record company, discussing the album and the order of the singles. And we just did a creative call as well for album artwork and album title. We're getting into that next phase of the creative process, 'cause we just got done mixing the record.

"We're sitting on something special, man. This album is going to blow rock fans' minds. We are doing our best to project rock into the future but still maintain the guts and the purity of the genre and who we are as PAPA ROACH. So fans can expect to be taken on a wild ride on this one.

"And it's all things PAPA ROACH, dude," Shaddix added. "It's not like some self-undulgent, like, we got experimental and now we're making RADIOHEAD 'OK Computer', which is a great record, by the way. For us, we really wanted to hone in on what we felt were the strongest elements of our band and then evolving those."