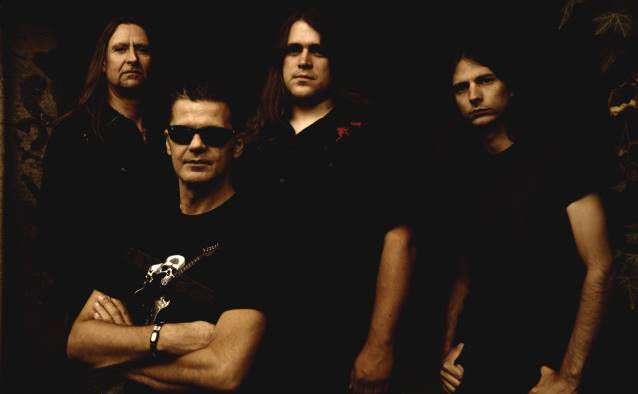 Says the band: "We wish Olly all the best for the future and thank him for his contribution to the band and his outstanding achievements, which he delivered to 'Electrify' (2008),'Riot Squad' (2009) and 'Tales Of The Weird' (2012)."

PARADOX last month signed a new worldwide deal with AFM Records, extending its contract with the label. The band's new studio album is due in fall/winter 2014.

Says the label: "We're looking forward to another killer thrash album from Charly [Steinhauer, PARADOX guitarist/vocalist] and his boys, which should arrive in late 2014."

Added the band: "We've been 13 years with AFM Records and happy to continue working with a label which we rely."

PARADOX's latest album, "Tales Of The Weird", was released in December 2012 via AFM Records. The CD was produced by Steinhauer and was mixed and mastered by Victor Bullok (a.k.a. V. Santura; TRIPTYKON, DARK FORTRESS) at Woodshed Studio in Landshut, Germany. The cover art was created by Claudio Bergamin.