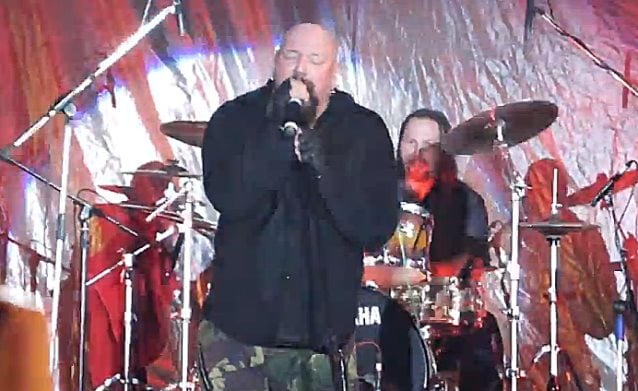 Nashville-based Mind's I Entertainment recently reached an agreement to represent the former IRON MAIDEN vocalist in the U.S. and Canada. Included are plans for a U.S. and Canadian tour.

"I'm a big fan of Paul's and I hated to hear his tour was canceled," stated Mark Warner, Mind's I Entertainment owner. "I hated it so much, I decided to do something about it. Paul is a great musician, a great guy and one of the great metal voices of our time. I won't let fans be disappointed by poor decisions made by others."

Initial plans are for Paul Di'Anno's tour to kick off in Nashville in late January 2014, covering the U.S., then into Canada by late February. Additionally, Paul will be making a substantial number of personal appearances, interviews and surprise performances with other musicians while on tour.