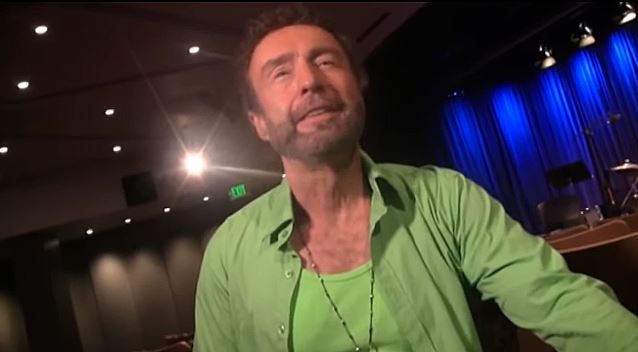 Paul Rodgers, whose distinctive vocals have been been heard on some of the best rock albums released over the years — from FREE to BAD COMPANY to THE FIRM to QUEEN — is a rare singer whose voice has not only defied the years, but actually become stronger with time.

Asked by IndiePower.com how he has managed to retain his chops beyond his early middle age — unlike so many of his peers — Rodgers said (see below): "As a young kid, I went through that whole stage where temptation was there in front of me, and I did kind of… yeah, one overindulges when you're younger, and you pay the price in later years. But I always realized how important it was for me to take care of myself and my voice if I was gonna have a voice when I was older. And I'm glad that I did, ultimately, because I'd like to think I'm still learning. It's all still very fresh for me, it's still new. When I get up on stage with [other musicians], it's like the first time. And I wanna keep it that way, I wanna keep it exciting for me, 'cause I think it's not gonna be exciting for the listener if it's not exciting for the artist. So I want to be inspired by it, and I am."

Rodgers' career spans nearly half a century. During that time, he formed and led three of rock's legendary bands FREE, BAD COMPANY and THE FIRM along with his own career to worldwide success. He has written, recorded, produced and released 30 albums which have gone on to sell over 90 million in total. His songs have left an indelible mark on music topping several charts and winning numerous awards - while his voice has earned him acclaim as one of rock's greatest singers. A consummate writer and performer, he has recorded and/or performed with the who's who of rock including Jimmy Page, Jeff Beck, Brian May, David Gilmour, Buddy Guy, Joe Walsh, Slash, Nils Lofgren, Charlie Watts, Bryan Adams, Motown's Sam Moore, and THE FOUR TOPS while continuing to tour internationally.