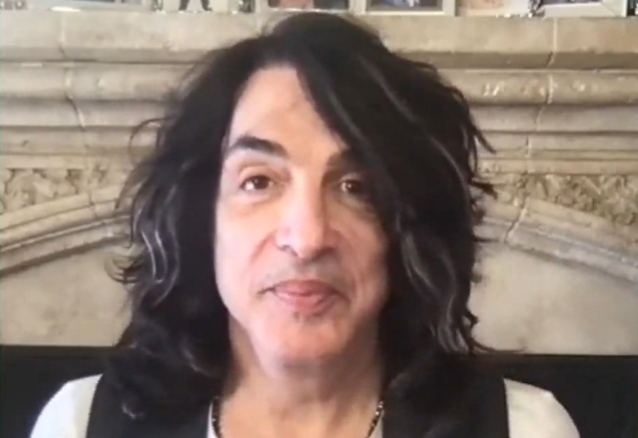 PAUL STANLEY Doesn't Believe Rock Is Dead: 'I Don't Think That Music Can Ever Be Dead'

In a new interview with SiriusXM Canada's "Canada Now With Jeff Sammut", KISS frontman Paul Stanley was asked if he would agree with his bandmate Gene Simmons's recent declaration that "rock is dead." He responded (transcribed by BLABBERMOUTH.NET): "I think that life, rock, whatever it is, is never a constant. Let's say, for example, if you take somebody's pulse and it's weak, it doesn't mean they're dead. It means that the pulse is weak. And it doesn't mean it won't come back stronger.

"A computer will never take the place of flesh-and-blood people making music. People may be enamored with it, and it may eclipse the other, but ultimately, it all comes full circle — it all comes back. It doesn't go away. It may be sleeping. But there are bands out there making great music.

"Nobody's complaining about FOO FIGHTERS," Stanley added. "Dave [Grohl] is passionate about what he's doing and they're terrific. So there are bands out there. As far as new bands, somebody will come along. Somebody will pick up the flag and go forward.

"Like I said, the pulse may be a little weak, but the patient's coming back."

A few years ago, Simmons told Esquire magazine that "rock did not die of old age. It was murdered. Some brilliance, somewhere, was going to be expressed and now it won't because it's that much harder to earn a living playing and writing songs. No one will pay you to do it."