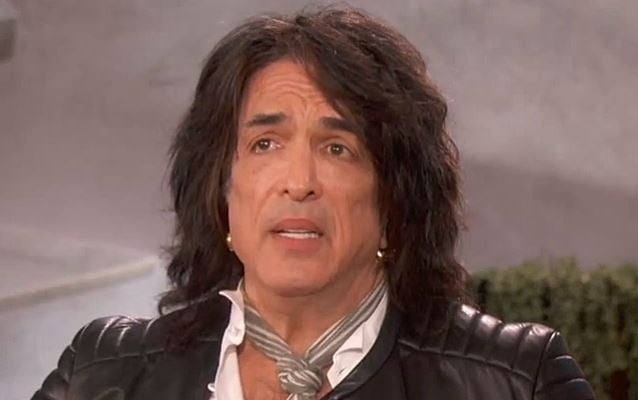 PAUL STANLEY: How Starring In 'The Phantom Of The Opera' Changed My Life

KISS guitarist/vocalist Paul Stanley made an appearance on the December 11 edition of "The Queen Latifah Show", the daytime talk variety series hosted by American rapper, singer and actress Queen Latifah. A clip from the program can be seen below.

Asked how starring in the Toronto production of "The Phantom Of The Opera" back in 1999 changed his life, Stanley said: "When I saw 'Phantom Of The Opera' in London in 1988, I watched it and I went, 'I can do that.' And I had no background in that. Ten years later I got a call at CAA, my talent agents, and they said, 'How do you feel about trying to do a musical?' And I said, 'Well, what is it?' And they said, 'Phantom Of The Opera'. You'd have to go do a full-on audition in New York.' And I said, 'I'm in.' So I went to New York, got the role and they flew me up to Toronto, where the show had run for ten years, and I took over, doing eight shows a week there. And I suddenly realized that, in many ways, the phantom was me. It was a story of a scarred, deformed musician who hid behind a mask. Wow! I didn't even see that. And was looking for love and couldn't give it back, even though he wanted it. So it was a turning point for me. It was eye opening, and it also, perhaps, coincided with a change in my life — ending a marriage that really, perhaps, was never meant to be, but I got a wonderful son out of it."