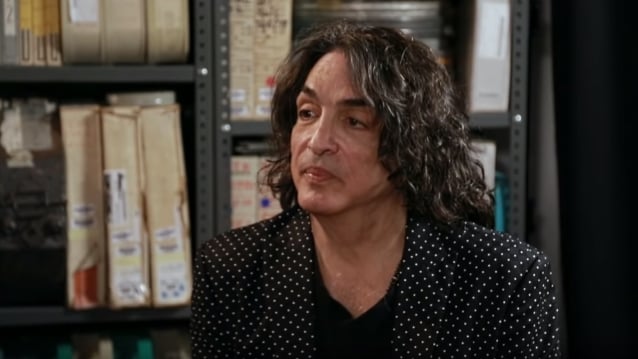 Paul Stanley says that he still believes KISS can carry on without any original members.

Earlier this month, the legendary rockers completed the first leg of their second farewell tour, dubbed "End Of The Road", which could last three years. Joining founding members Stanley and Gene Simmons in the band's current lineup are Tommy Thayer on guitar and Eric Singer on drums. Thayer and Singer are replacements for original members Ace Frehley and Peter Criss, respectively.

Asked by Paste magazine during an April 29 question-and-answer session whether he thinks KISS could one day exist without him and Simmons, Stanley said (see video below): "I think that longevity necessitates change, and for something that's viable to continue, it can mean all kinds of changes in personnel. Certainly the perfect example would be a sports team or an army. When you have a common cause in something you believe in, if somebody falls by the wayside or leaves, they're replaced.

"I'm well aware of my own mortality, and as much as I might like to go on forever, I won't," he continued. "And even at this point, there are no 67-year-old basketball players, football players, but you're looking at a guy here who's basically doing the same thing and has all the scars and stitches and screws and what have you to prove it. At some point, that has to stop.

"I think that KISS has served a huge purpose and brings incredible joy to people on the 'End Of The Road' tour. The shows are packed, and not only with the early followers of the band, but people who have heard the legend of what this band does live. And it's something that's more than music. It really is a preaching of self-empowerment and the idea that anything that you're willing to work hard for, you can probably attain. And the idea of celebrating life. Things that may seem simplistic or overtly simplistic, but actually have a timeless depth to them. So when bands continue, ultimately the people in 'em need to change or have to, because of circumstances.

"So that's a long explanation for me feeling that I would have an enormous amount of pride in knowing that we can continue the band once I'm not there anymore," Stanley added. "That would be the ultimate test of its credibility and the role, I think, that it serves.

"I didn't invent the wheel. I am the product of all the people who I looked up to, all the musicians who I respected, and it was kind of like a stew, and then I added my own ingredients to it. But there are other people who are out there who wouldn't necessarily imitate me any more than I imitated my heroes. But there are people out there, I'm sure, who are well equipped to pick up the flag and run with it."

Stanley's sentiments echo those of Simmons, who said in a 2018 interview that KISS has "had 10 different lineups. AC/DC has had 22 or so. And there are bands that tour now that sell out things with different lead singers and different guitar players. At the end of the day, it is about the material and about the culture," he explained. "Because there are better musicians — jazz musicians — that will never be able to make the money that people who are less talented but have charisma [are able to make]. You can go to school to learn guitar or bass — you can't learn, 'You're exciting. You have charisma.' There's no school for that. Walk this way, do [it] that way. You just have it or you don't."

Three years ago, Stanley spoke about how he would go about finding someone to replace him in KISS. He said: "Honestly, I think all the KISS tribute bands are great, but none of them have a good 'Paul.' So I'd like to see somebody who incorporates what I've done with a lot of the things that inspired me. And it's not a matter of a puppet being me; it's somebody who comes in and contributes and adds something new to it while still following the template that's been set." 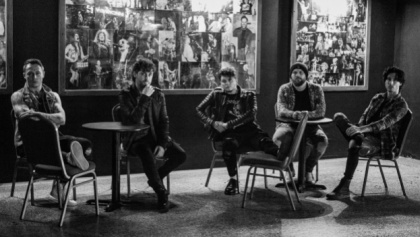