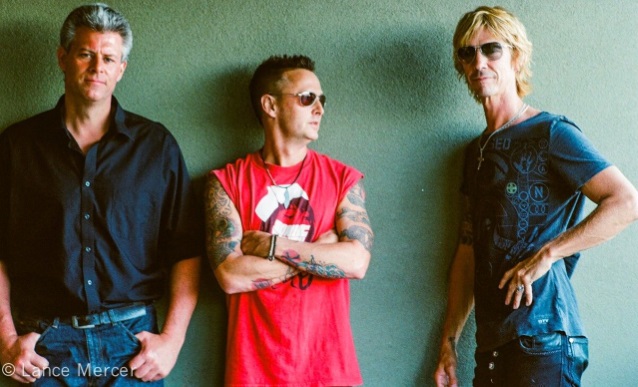 The new two-song single ("All Things Fade Away" and "Madness") was helmed by Grammy-nominated producer and Martin and features rising Seattle star and native son Ayron Jones on vocals.

Jones's current album, "Audio Paint Job", was produced by Martin, who introduced the vocalist to McKagan and McCready.

McKagan was so impressed with Ayron's talent that he invited him to open for GUNS N' ROSES in September when they played in Washington state.

The songs were mixed by Seattle legend Jack Endino and the single is being jointly released through Martin's Sunyata Records and McCready's HockeyTalkter Records. The artwork was created by the renowned graphic artist Anthony Hassett, who passed away during the completion of the songs.