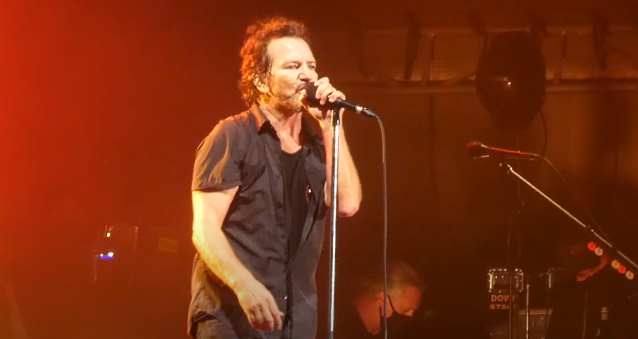 PEARL JAM played its first full concert in over three years Saturday night (September 18) at Asbury Park, New Jersey's Sea.Hear.Now festival. The band's set included several songs from last year's "Gigaton" album — "Dance Of The Clairvoyants", "Superblood Wolfmoon", "Quick Escape", "Seven O' Clock", "Never Destination" and "Take The Long Way" — as well as tributes to Bruce Springsteen (with a cover of his "My City of Ruins") and Charlie Watts (with a snippet of THE ROLLING STONES' "Waiting On A Friend").

PEARL JAM is next scheduled to perform at the Ohana festival on September 26, and again on October 1 and October 2 in Dana Point, California.

In March 2020, PEARL JAM unveiled "Gigaton" to widespread critical and fan praise. It graced year-end lists by Mojo, Consequence Of Sound, Insider, and more. Produced by Josh Evans and PEARL JAM, it bowed at No. 1 on the Billboard Top Rock Albums chart. Additionally, it landed in the Top 5 of the Billboard 200. Internationally, the album debuted No. 1 in Italy and Austria, Top 5 in Netherlands, Switzerland, Australia, Germany, Belgium, Norway, Canada, and Finland and Top 10 in the U.K., Ireland, and New Zealand.

"Gigaton" was PEARL JAM's first studio album since the Grammy Award-winning "Lightning Bolt", which was released in October 2013.

PEARL JAM's 2020 North American tour, which was canceled due to the coronavirus pandemic, is expected to be rescheduled for next year, with all tickets to be honored for the new shows. A 2022 European tour will begin in June in The Netherlands. 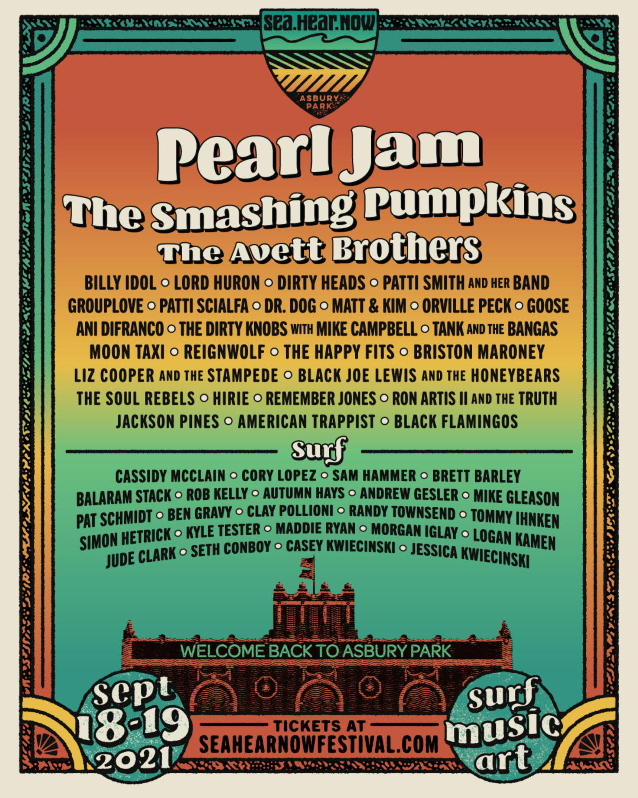