PEARL JAM will headline both nights of the second weekend of the expanded Ohana festival, set to take place October 1 and October 2 at Doheny State Beach in Dana Point, California.

PEARL JAM is already scheduled to headline the first weekend of the festival (September 24-26),which was founded and curated by PEARL JAM frontman Eddie Vedder.

The two nights will be PEARL JAM's only additional shows for 2021, according to a post on the band's web site.

Tickets for the second weekend go on sale on Friday, July 23 at 10 a.m. at ohanafest.com.

Over a year ago, PEARL JAM unveiled its latest album, "Gigaton", to widespread critical and fan praise and a Top 5 debut on the Billboard Top 200. It graced year-end lists by Mojo, Consequence Of Sound, Insider, and more.

PEARL JAM's 2020 North American tour, which was canceled due to the coronavirus pandemic, is expected to be rescheduled for early next year, with all tickets to be honored for the new shows. A 2022 European tour will begin in June in The Netherlands. 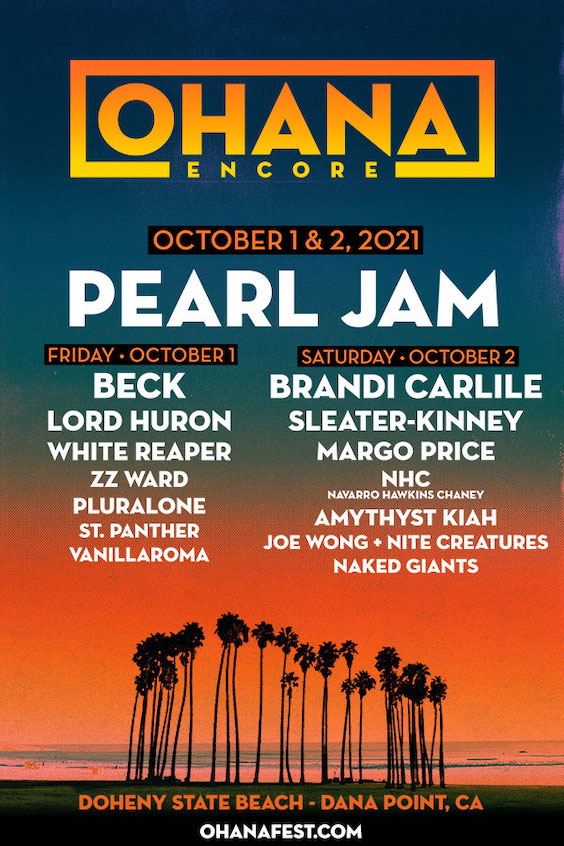