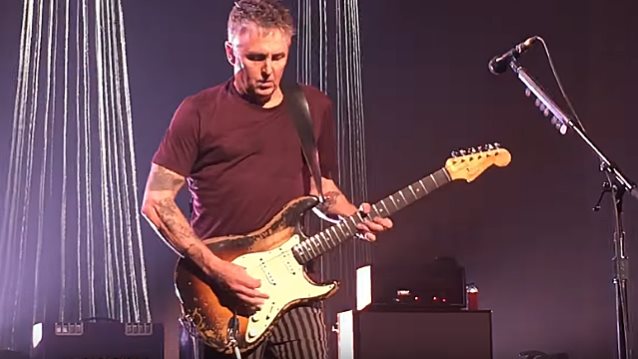 PEARL JAM guitarist Mike McCready has paid tribute to Chris Cornell, saying that the SOUNDGARDEN frontman gave him "the break into the music business" that he had wanted since he was eleven years old.

TEMPLE OF THE DOG was formed as a tribute to Andrew Wood, Cornell's former Seattle roommate and lead singer of the bands MALFUNKSHUN and MOTHER LOVE BONE, who died in March 1990 of a heroin overdose shortly before the release of MOTHER LOVE BONE's debut album, "Apple". To help deal with his grief, Chris wrote two songs and approached Ament and Gossard, both of whom had been in MOTHER LOVE BONE with Wood, about properly recording them. The project soon evolved into an entire album, "Temple Of The Dog", which came out in April 1991 via A&M and became a Top 5 hit after PEARL JAM broke through. The disc featured the song "Hunger Strike", which included guest vocals from a then-unknown Eddie Vedder.

Speaking to Seattle Times on Thursday, McCready said: "Chris Cornell painted in song the darkness and beauty of life in Seattle.

"Chris means a lot to me today, as he trusted me to play on TEMPLE. He handed me a dream in getting to actually play on beautiful songs. Informed how I would play on PEARL JAM records in the future, I believe. Gave me the break into the music business I'd wanted since I was eleven.

"He was a friend I will miss. I miss you, brother."

Chris and his wife Vicky had two children, 12-year-old Toni and 11-year-old Christopher, while Chris also had a 16-year-old daughter, Lillian Jean, from his first marriage to former SOUNDGARDEN manager Susan Silver.