This special performance kicks off a big year for Farrell, who will soon announce more events for 2019. On December 2, PERRY FARRELL'S KIND HEAVEN ORCHESTRA will headline another Bill Graham Festival of Lights show at The Fillmore in San Francisco. 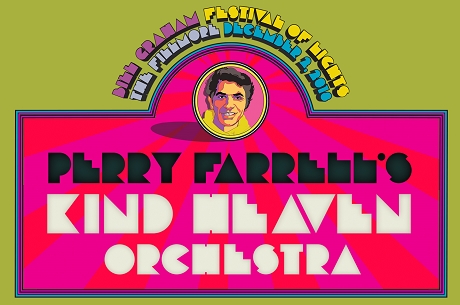