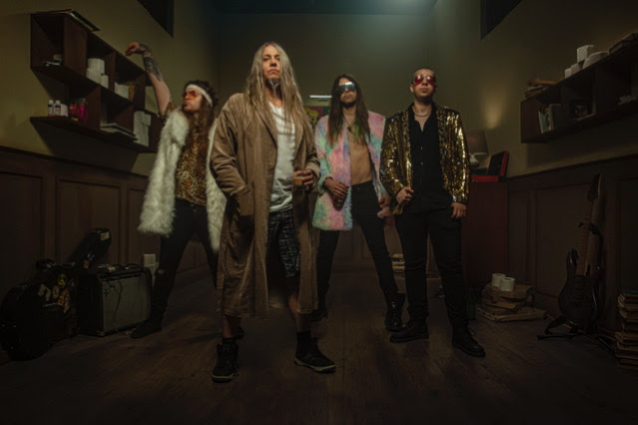 PAIN, the brainchild of multi-instrumentalist, songwriter, and producer Peter Tägtgren, has released its first original song in five years: "Party In My Head".

Blending '80s synth, electro, and metal, PAIN delivers one hell of an anthem providing a powerful sonic vaccine against the distress and depression caused by the worldwide pandemic.

Tägtgren comments: "I decided to write a song about all the bullshit from the last year of lock-up and people's struggle, including my own, to adapt to the new way of life. Suddenly, all of us had to deal with our inner selves in our secluded new life, so this is the cheer-up song for people. Each of us has our own party in our head. Musically, it's a hell of a party song. I can't wait to play it live."

The video features a guest appearance by Joe Lynn Turner (RAINBOW, YNGWIE J. MALMSTEEN, DEEP PURPLE) and the return of the Alien from PAIN's biggest hit, "Shut Your Mouth".

PAIN was formed in 1996 by Tägtgren — known as the mastermind of iconic death metal veterans HYPOCRISY and producer for AMON AMARTH, CHILDREN OF BODOM, DIMMU BORGIR, IMMORTAL, and SABATON, among others, as well as Till Lindemann's collaborator on two No. 1 albums with LINDEMANN. Peter's life has been immersed in music, in pushing boundaries and taking ideas to both their logical and illogical extremes. It's a calling that has made him one of Europe's most respected musicians and producers.

For the recordings of "Gimme Shelter" and "Party In My Head", Peter has been joined by his son Sebastian Tägtgren playing the drums. 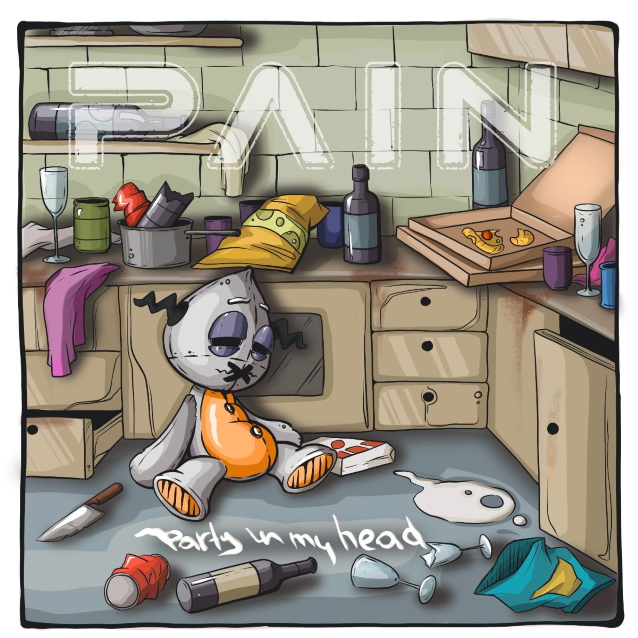