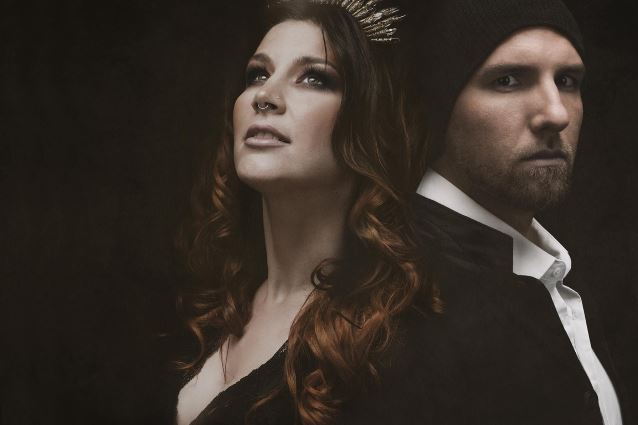 The official lyric video for the song "Enter Dreamscape" from PHANTASMA, the new symphonic rock musical of Charlotte Wessels (DELAIN),Georg Neuhauser (SERENITY) and Oliver Philipps (EVERON),can be seen below. The track is taken from the PHANTASMA's debut album, "The Deviant Hearts", which will be released on November 20 via Napalm Records.

PHANTASMA was born from the longstanding ambition to create a story-driven concept record of Georg Neuhauser, vocal force behind Tyrolean symphonic metal outfit SERENITY. He found his partner in crime with multi-instrumentalist composer, producer and vocalist Oliver Philipps (EVERON) who gladly embarked on this new mission that allowed him to reconnect with being a musician in the first place, as a welcome change from working for other bands, which he has done extensively over the years, providing the rich sound connoisseurs of the genre have come to expect from him.

As Oliver worked with DELAIN since their debuting record, a request at Charlotte Wessels's address was made to complete the dynamic trio of PHANTASMA. To introduce Charlotte Wessels to any connoisseur of symphonic metal would be like carrying coals to Newcastle — she is, after all, since 2005 the vocal figurehead of Dutch grandees DELAIN. It is therefore not only surprising, but also gratifying that Charlotte now even found some leisure time, to lend not only her voice to PHANTASMA but also her debut novella "The Deviant Hearts" —- which was written specially for the project.

Thomas Caser, Napalm Records vice president, comments: "We are thrilled to announce the signing of PHANTASMA which is one of the most exciting projects of the genre. Charlotte, Georg and Oliver have created a magical album and a fantastic concept and story to come with it. This is a must-have for all fans of this music!"

PHANTASMA states: "We have truly enjoyed giving a shape, face and sound to 'The Deviant Hearts'. It was an inspiring and exciting process and we can not wait to share the result of our efforts with you through the upcoming release with Napalm Records."

With PHANTASMA, Charlotte can let her beautiful and variable voice run free like the wind — sometimes tender like on "Runaway Grey", plaintive on "Let It Die", and the duet "The Lotus And The Willow" — makes Charlotte's passion for Nick Cave abundantly clear, matching even the intensity of "Where The Wild Roses Grow". Meanwhile, Georg's dedication to classic rock acts like QUEEN and MEAT LOAF shine through in tracks like "Crimson Course" and "Novaturient".

Giving a face to several characters in the story are noted guest vocalists Tom Englund (EVERGREY),who performs on tracks such as "Enter Dreamscape" and "The Deviant Hearts". Cloe Lowery (TRANS-SIBERIAN ORCHESTRA) shines on the heart-wrenching ballad "Try" alongside Dennis Schunke (VAN CANTO) who can be heard also on "Carry Me Home". Georg, Oliver, and Charlotte themselves finish the vocal palette while the sound is completed by Jason Gianni (DAREDEVIL SQUADRON, NEAL MORSE BAND, TRANS-SIBERIAN ORCHESTRA) on drums, Randy George (NEAL MORSE BAND, AJALON) on bass and Tom Buchberger (ex-SERENITY) guesting two songs on guitar. Milan-based artist Marco Mazzoni provides the haunting cover art and illustrations to the story, creating an eerie visual world with his elaborate style.

"The Deviant Hearts" will be available in the formats listed below: 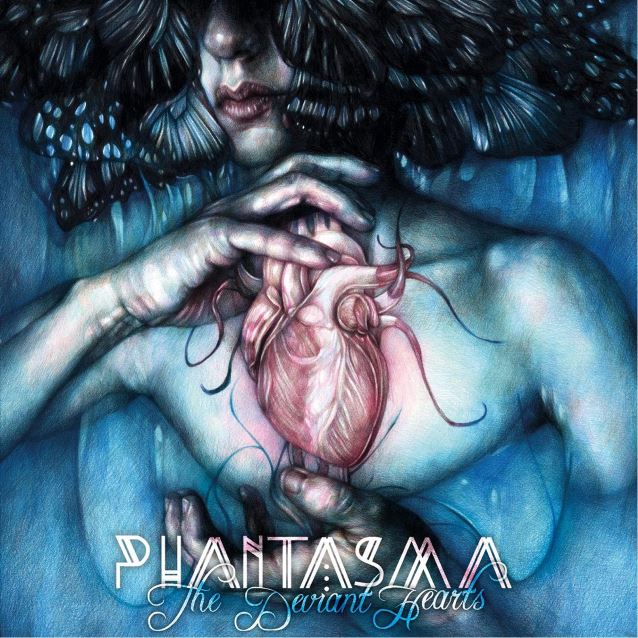