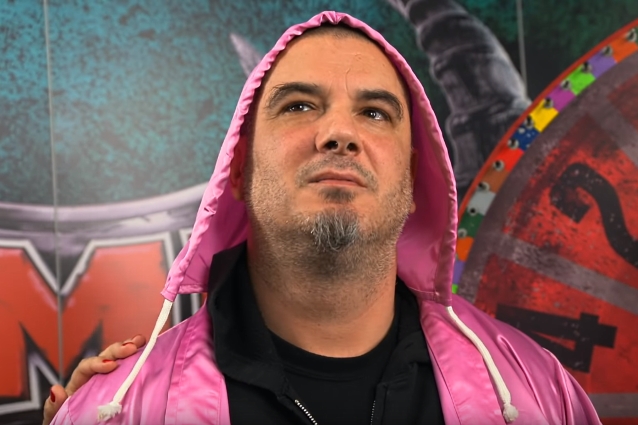 Before playing a raging PANTERA set at this weekend's Graspop Metal Meeting festival in Dessel, Belgium, Philip Anselmo dropped by the Graspop studio to face "The Wheel Of Death" with Goe Vur In Den Otto. Check out the results below.

PHILIP H. ANSELMO & THE ILLEGALS kicked off their European tour at Graspop on Thursday, June 20. The run includes performances at Hellfest in France, Dynamo in the Netherlands, Roskilde in Denmark, as well as club shows in Germany, United Kingdom, Austria and more.