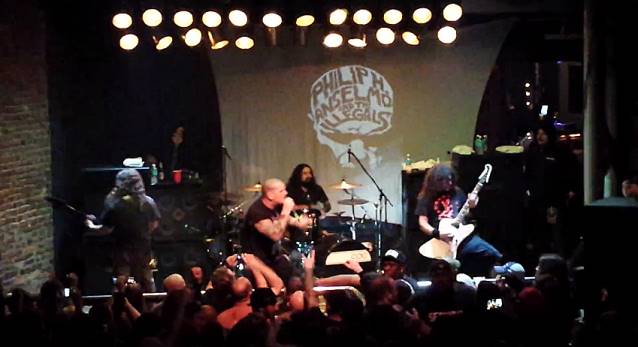 Fan-filmed video footage of former PANTERA and current DOWN singer Philip Anselmo and his backing band, THE ILLEGALS, performing on January 11 at the Riverside Warehouse in Shreveport, Lousiana can be seen below.