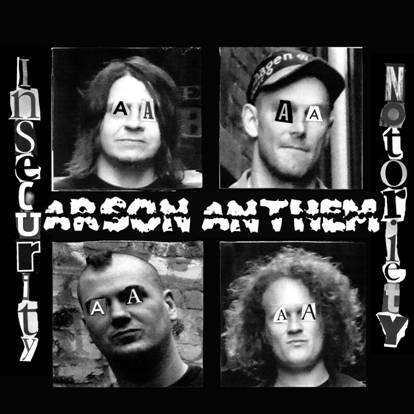 ARSON ANTHEM — the project featuring Philip Anselmo (DOWN, PANTERA, SUPERJOINT RITUAL) on guitar, Mike IX Williams (EYEHATEGOD) on vocals, Hank Williams III (SUPERJOINT RITUAL, ASSJACK) on drums and Collin Yeo (PONYKILLER) on bass — is offering fans the VIP treatment on its upcoming tour, with VIP tickets available for purchase at the box office of each venue or at Ticketmaster. The VIP ticket holders are invited to attend soundcheck, have their photo taken with the band, receive a signed poster, and obtain a VIP laminate. Joining ARSON ANTHEM on the trek will be fellow Housecore Records artists HAARP and WARBEAST.

ARSON ANTHEM was brought together in the aftermath of Hurricane Katrina, with Mike Williams moving into Anselmo's spare apartment after his home and possessions were destroyed. Through this connection, Williams and Anselmo spent time listening to Anselmo's irreplaceable hardcore music collection. The members relived the days of early '80s hardcore bands, such as DISCHARGE, NEGATIVE APPROACH, SHEER TERROR, and many others. It didn't take long for the music to squash their cabin fever, and inspire them to create a new venture that is now ARSON ANTHEM. Anselmo knew of the underrated-yet-unbridled percussion skills that his and Williams' mutual friend Hank Williams III possessed, causing the contact to be made and the band to come together. Finally, bassist Collin Yeo was recruited, and the sound was born.