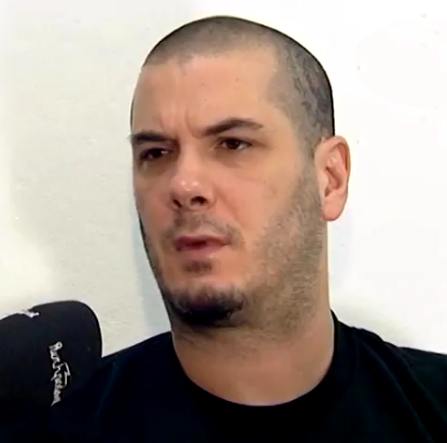 According to the Austin Chronicle, Philip Anselmo (DOWN, PANTERA, ARSON ANTHEM, SUPERJOINT RITUAL) and BloodyDisgusting.com writer Corey Mitchell will launch the Housecore Horror Film Festival in October 2013 in Austin, Texas.

Mitchell, who is currently working with Anselmo on the former PANTERA frontman's autobiography, explained to the Austin Chronicle that the plan is not for this to be a rival to Fantastic Fest; instead, it will be a small, intimate and very underground event at the ND Austin on East Fifth.

In a 2010 interview with ARTISTdirect.com, Anselmo talked about when he first became a horror aficionado. "[When I was growing up] we had a black and white TV, and there was the 'Saturday Matinee', which was a horror fest," he said. "As a matter of fact, I was home alone and I saw Mario Bava's 'Black Sabbath', but that's a later memory. There was the afternoon show, and then the Saturday night show had a horror host, 'The Guru.' Honestly, the most impactful one was the 'Sunday Morning Movie' — films like 'Fiend Without A Face' and 'How Awful About Allan'. Believe it or not, those were on TV! Shit like that flipped me out. I would sneak up and beg my mother every night, 'Can I stay up and watch 'Night Gallery'?' [Laughs] I was sneaking out of bed, too, though."

To read Anselmo's comments on each one of his selections, go to this location.