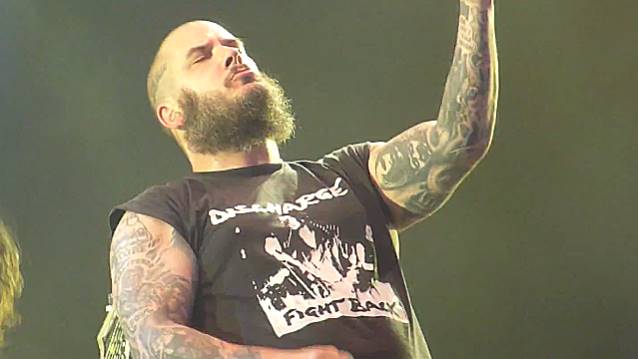 Fan-filmed video footage of PHILIP H. ANSELMO & THE ILLEGALS — the band led by former PANTERA and current DOWN frontman Philip Anselmo — performing on July 4 at the Roskilde Festival in Roskilde, Denmark can be seen below.

Produced by Anselmo and Michael Thompson, and recorded over a couple of years at Philip's New Orleans studio, Nodferatu's Lair, "Walk Through Exits Only" is abrasive, aggressive, anthemic and 100% Anselmo.

"I could've put on any number (of songs) I wanted, but for me, these eight songs all together, 40-something minutes, that's my idea of a proper listening length," he told Billboard.com. "When you start to get longer, it gets a little redundant and boring, and I didn't want to bore anybody."