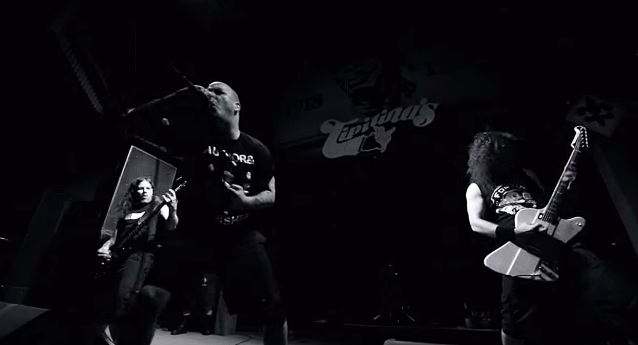 PHILIP H. ANSELMO & THE ILLEGALS, the band led by former PANTERA and current DOWN and SUPERJOINT frontman Philip Anselmo, has parted ways with guitarist Marzi Montazeri and has replaced him with Mike DeLeon.

Anselmo told MetalUnderground.com, about THE ILLEGALS' split with Montazeri: "What I wanted to do with Marzi anyway was jumpstart his career, which I did. He's the type of guy that needs to be the focal point of pretty much anything he does. So he's got that now and I'm happy for him. More power to him."

"Walk Through Exits Only" sold around 8,700 copies in the United States in its first week of release to debut at position No. 35 on The Billboard 200 chart. The CD was produced by Anselmo and Michael Thompson, and recorded over a couple of years at Philip's New Orleans studio, Nodferatu's Lair.