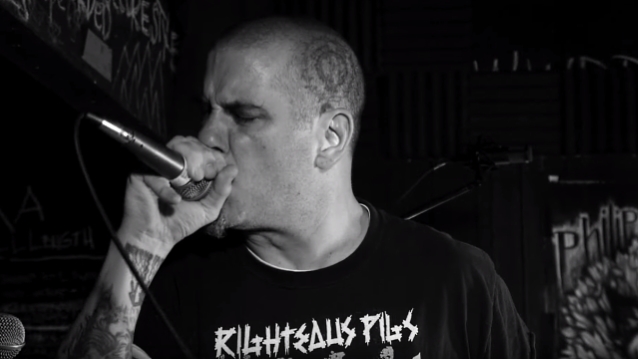 Video footage of PHILIP H. ANSELMO & THE ILLEGALS rehearsing the song "Photographic Taunts" live at Anselmo's Nodferatu's Lair can be seen below. The clip was shot and edited by Mike Holderbeast and was recorded and mastered by Stephen Berrigan.

PHILIP H. ANSELMO & THE ILLEGALS will continue their 2019 worldwide live takeover with a month-long European tour. Set to commence on June 20 and run through July 20, the trek includes appearances at a host of prestigious festival appearances, such as Graspop Metal Meeting, Hellfest, Roskilde and Dynamo. The band's latest journey follows their recent Australian tour with Housecore labelmates KING PARROT.