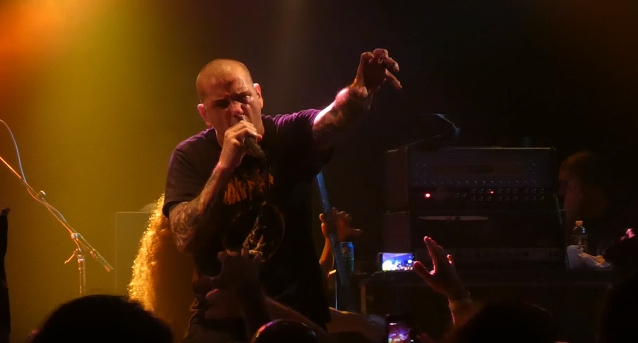 Fan-filmed video footage of PHILIP H. ANSELMO & THE ILLEGALS, the project led by the former PANTERA and current DOWN/SUPERJOINT frontman, performing on September 14 at Harrisburg Midtown Arts Center in Harrisburg, Pennsylvania can be seen below.

PHILIP H. ANSELMO & THE ILLEGALS are currently touring the U.S. with Housecore labelmates KING PARROT. The trek, previously scheduled for the spring but postponed following Anselmo's back surgery, commenced in New Orleans and will include a stop at this year's edition of Berserker festival on September 28 in Pontiac, Michigan. 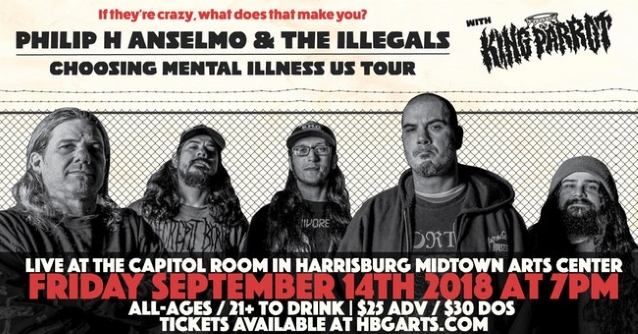