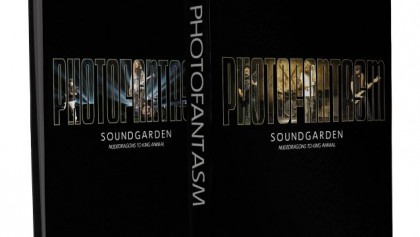 "Photofantasm Soundgarden: Nudedragons To King Animal" highlights the Seattle band's rebirth via hundreds of pages' worth of photographs, graphic art, anecdotes, interviews, and reviews. In a truly collaborative effort, fans, artists, musicians, authors, photographers, and other notable personalities all help chronicle SOUNDGARDEN's performances across the globe from 2010 to 2013.

To quote "Everybody Loves Our Town: An Oral History Of Grunge" author Mark Yarm in his foreword to "Photofantasm Soundgarden", the book is "by the fans, for the fans" — the book boasts more than 300 contributors from more than 30 countries on six continents — and captures what promises to be just the beginning of a very long second chapter!

Much like classic vinyl, "Photofantasm Soundgarden" is a quality, limited-edition collector's item (only 1,000 copies) meant to be savored by the fans (and the band itself) for years to come. The heart of this book is a section devoted to the loving memory of an extraordinary friend and SOUNDGARDEN fan who courageously fought cancer. All net proceeds will go to Canary Foundation, the first and only foundation in the world solely dedicated to the funding of early cancer-detection solutions.

"Photofantasm" totals 592 pages, much of it exclusive content. It includes more than 1,000 photographs, plus concert posters, original artwork, hundreds of stories, interviews, reviews, and more. Printed and bound in the USA, "Photofantasm Soundgarden: Nudedragons To King Animal" can be purchased exclusively at www.Photofantasm.com. Also check out the site for a sneak peek at some of the book's highlights and a list of all the contributors.

"This book is a must-have for SOUNDGARDEN fans and an opportunity to give to a great cause!" say authors Jaye and Mike English. "It took passion and several years to collaborate with fans and artists around the world to create 'Photofantasm' and have it remain authentic. We're happy we made history together and proud to give back. We thank everyone who contributed!" 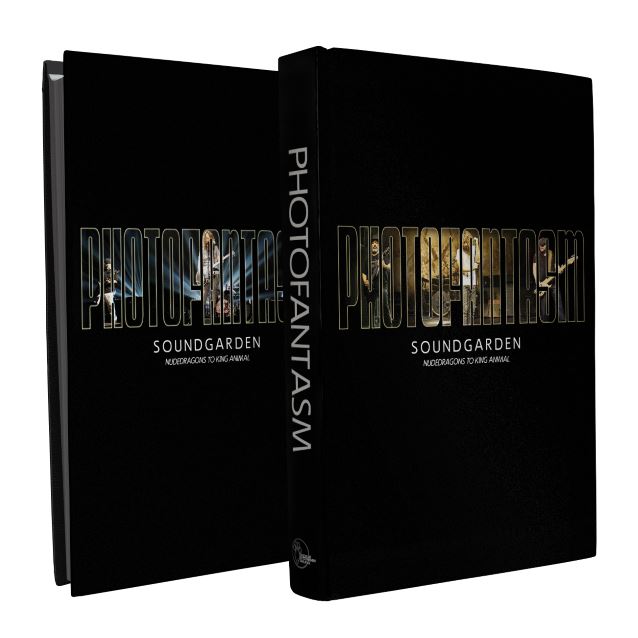