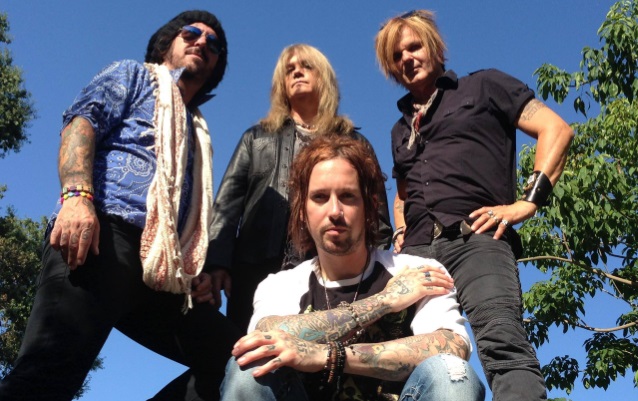 Rockett recently took to Twitter to complain that POISON couldn't hit the road this summer because a certain member of the glam-metal act was "making it a problem."

Tracii Guns, who in 2012 announced that he was retiring his version of L.A. GUNS, last year ruled out the possibility of a reunion with his former bandmates Phil Lewis (vocals) and Steve Riley (drums),saying that he has "played those songs enough" in his life.

CINDERELLA hasn't released an album since 1994, when "Still Climbing" came out, but continues to play sporadic shows.

Promote your mixtape at ReverbNation.com