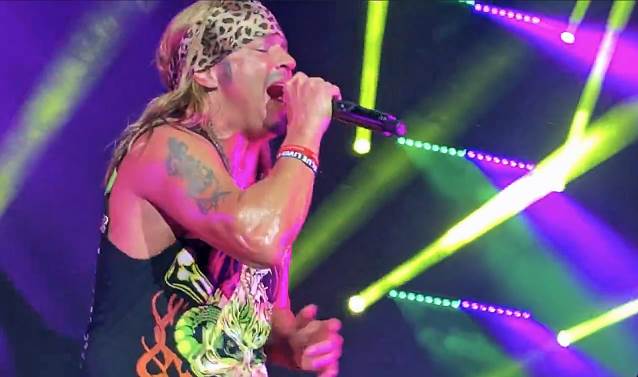 Michaels made the dedication prior to launching into the song "Ride The Wind", calling the former PANTERA drummer "a great man and a great, awesome human being."

On Friday, Bret shared a photo of him and Vinnie Paul via his social media sites and includes the following caption: "Vinnie - You will be missed! You were an amazing human being & we had many great times together. A toast to you my friend, my prayers are with you!"

Vinnie Paul reportedly died in his sleep at his home in Las Vegas. He was 54 years old.

The drummer's body has been turned over to the medical examiner to determine a cause of death, and after that, he will be flown back to his home state of Texas to be buried between his mother and brother.