POISON drummer Rikki Rockett will play percussion for his fiancée Melanie Martel this Sunday night (October 5) between 6:00 p.m. and 8:00 p.m. at The Londoner in Canyon Country, California.

Rockett was recently "exonerated" of a felony rape charge dating back to September 2007, because he wasn't in Mississippi when the incident is alleged to have taken place in the state.

The 46-year-old — whose real name is Richard Allan Ream — was accused of sexually assaulting a woman in Neshoba County, Mississippi.

The charge was reportedly dropped in May after the Neshoba County District Attorney decided he did not believe Rockett had committed the crime. 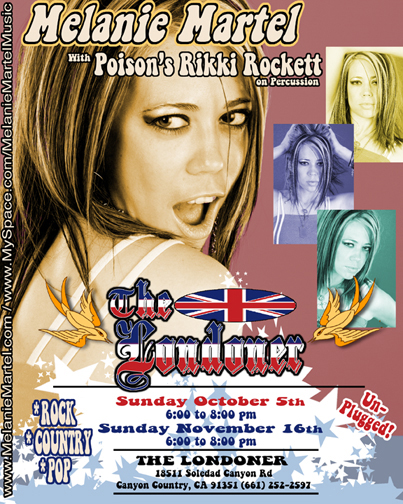