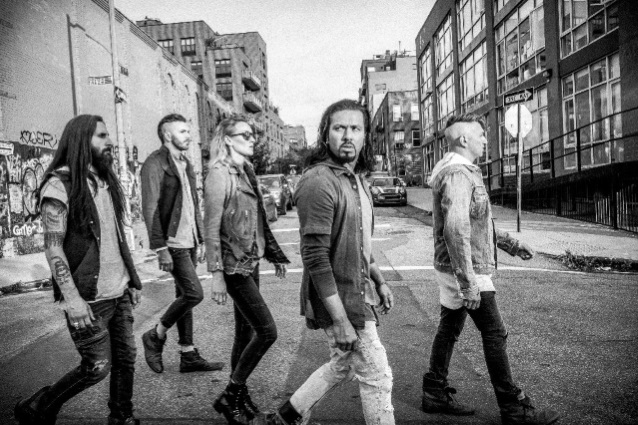 POP EVIL has announced the "Music Over Words" tour today that will serve as the official kickoff for the band's recently announced all-new self-titled LP.

"It's with great excitement to announce our U.S. headline tour," says vocalist Leigh Kakaty. "We can't wait to play our new material and see all our amazing fans across the states. It's all about the music, it's 'Music Over Words'."

The massive U.S. tour kicks off on February 14 in Sault Ste. Marie, Michigan at the Kewadin Casino. The band will hit both sides of the U.S. coast before wrapping things up at The Fillmore in Detroit on April 6th. More dates will be announced in a few weeks, so fans are encouraged to stay tuned. Band VIP goes on sale Tuesday at PopEvilVIP.com. PALAYE ROYALE and labelmates BLACK MAP will serve as support on all dates.

POP EVIL last month released a brand new single and music video for a track called "Waking Lions". The song is taken from the band's fifth studio album, "Pop Evil", which will be released on February 16, 2018 via Entertainment One. The band collaborated on the record with veteran producer Kato Khandwala and has been hard at work since early June. The sessions took place over the summer in Nashville, Tennessee at Studio A in Sound Emporium Studios and earlier this month at Sphere Studios in Los Angeles, California.

"This is a dawn of a new day for POP EVIL," said Kakaty. "The new lineup feels like a whole new chapter for us. We could not be more proud to lead off this new album cycle with 'Waking Lions', sending a positive message to our fans.”

POP EVIL teamed up with Columbia Tatone on the video and is thrilled with the outcome. "Columbia brought a unique and distinctive approach with her visuals for our new music video," Leigh says. "We really feel she delivered the energy that the song carries."

POP EVIL bassist Matt DiRito told the WRIF radio station that the band spent the "longest time in the studio ever" recording the follow-up to 2015's "Up" album. "Usually our turnaround is about three months in the studio. And this time we've been working on it since, like, May," he said.

"Pop Evil" marks the recording debut with the band of British drummer Hayley Cramer, who joined POP EVIL in 2016 following the departure of Josh "Chachi" Marunde.

Kakaty previously said that the band recorded "close to twenty songs" for its next LP. He has called the sessions for the effort "the smoothest recording process to date." 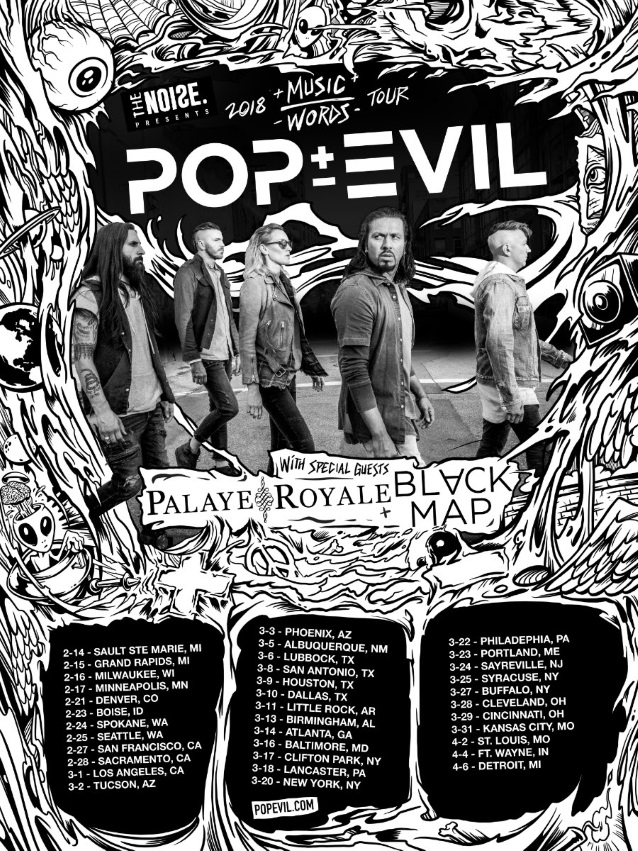