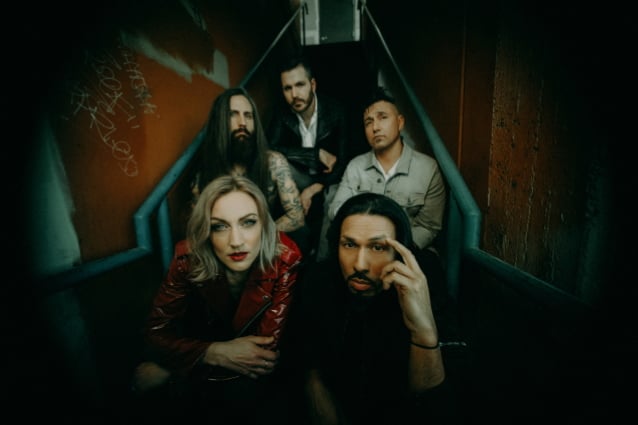 DiRito announced his exit from POP EVIL in July, saying in a statement that "the details surrounding my departure are only known by a few people, and respectfully it will remain that way." He added: "Walking away from something I've helped build is not easy — but it is the best thing for the band, myself and our respective futures. POP EVIL will continue on and so will I, just not together."

Kakaty addressed POP EVIL's split with DiRito in a new interview with the Grand Rapids rock station 97.9 WGRD. He said (as transcribed by BLABBERMOUTH.NET): "When COVID hit, things changed. We tried to get Matt back, and Matt decided to not come back on his own terms. So whatever it was to him, we didn't talk; we never really discussed specifics after that. But I just know that bands changed and logistics and how we get things done. There was a sense of urgency now [more] than ever before. And there was a lot of guys that found different jobs and found more consistent work. And whether that was Matt or not, I'm not sure — again, we haven't talked. But the reality of it is people's goals have changed. We were among a lot of bands that bandmembers decided not to come back. And the band's gotta keep playing, we've gotta keep pushing on, and we did. In some ways, we've been stronger since."

He continued: "I think the four of us that remain, we really made a commitment to each other to really step toward each other rather than stepping away because of that loss with Matt. We realized just how fragile this was, and to lose a brother like that and someone who'd been with us for so long, it's tough. I remember having the meetings when Matt left. We [were, like], 'Look, we've got a choice. How's everyone feeling emotionally?' Before we even talked about the music, is this something we all wanna do? And the four us were, like, 'Absolutely. We wanna go no matter what.' And let's all get closer and be appreciative of the things that we didn't have for the past two years when we were dealing with this pandemic and really give that much more love to our fanbase."

The band's latest album, "Versatile", features the No. 1 mainstream rock hit single "Survivor" — the band's seventh No. 1 single to date — alongside heavyweight tracks "Set Me Free", "Let The Chaos Reign", the Top 10 single "Work" and the No. 1 single "Breathe Again".