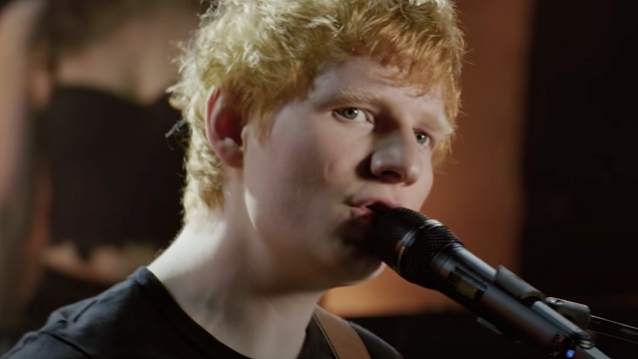 Ed Sheeran says that he might record a death metal album.

The 30-year-old singer/songwriter, who is one of the most successful musicians on the planet, floated the possibility of exploring a more extreme musical path while speaking to The Sun on Sunday's Bizarre column. He said: "I was really into death metal as a kid. I listened to CRADLE OF FILTH and SLIPKNOT and all that stuff. I'm not saying I could ever step into that world. I learnt all those riffs on guitar as a kid. That's something I've never thought about doing — but something I would not be opposed to creating."

After The Sun published Sheeran's comments, CRADLE OF FILTH frontman Dani Filth posted a screenshot of an article headlined "Ed Sheeran is open to recording a death metal album after spending his youth listening to CRADLE OF FILTH" and wrote in an accompanying caption, "I'll believe it when I see it. Fellow Suffolk lad could come good in the end. 'Dracula's Castle On The Hill' anyone?"