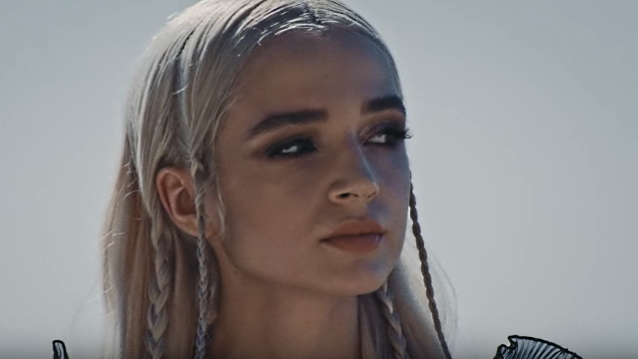 Singer-songwriter and YouTube star Poppy has released "Fill The Crown", the latest single to arrive from her forthcoming third full-length and debut for Sumerian Records, "I Disagree". The single's accompanying video takes inspiration from the 1957 film "The Seventh Seal" and finds Poppy walking alongside Death.

"In terms of doing what I wanted to in every element from start to finish, this feels like my first album," she explains. "The narrative is really about destroying the things that try to destroy you."

Throughout 2019, Poppy carefully constructed a sonic framework to do so. On the heels of her sold-out "Am I A Girl?" tour, she sequestered herself in Los Angeles alongside trusted longtime collaborators Zakk Cervini, Chris Greatti and Titanic Sinclair. They conjured the full powers of a creative spirit first summoned on "X" in 2018. Under the influence of everything from Madonna, Air and Gary Numan to NINE INCH NAILS and MARILYN MANSON, she took the reins and built the album in an unfiltered and unfettered creative ecosystem of her own design, expanding the sonic palette with an arsenal of analog synths and sonic flourishes.

"I worked with Zakk, Chris and Titanic throughout the entire process," she recalls. "I didn't let anybody else hear it before it was done, and I didn't take any outside remarks. In the past, I'd go in and make a song in a day. That was fun, but we really spent days or even weeks on these new songs to make them the best they could be. That's a lost art in music we got to explore. There's a lot of life that gets lived during the creation of an album over ten months that gives you a different experience and perspective. 'X' sparked the idea of making experimental music with no rules among my friends. That was the goal. Creating Poppy Version X."

A siren wail and whispered plea to "Bury me six feet deep" initially heralded the record on "Concrete", dipping in and out of fits of fret-burning solos and stained glass-smashing crooning. Meanwhile, the single "BLOODMONEY" slips from a heavenly harmony into a hellishly barked commandment, "Beg for forgiveness from Jesus to Christ" above an industrial stomp and glitchy buzzing. In many ways, the title track "I Disagree" crystallizes a mission statement cast in crimson-soaked verses and a beautifully bludgeoning refrain as she chants, "We'll be safe and sound when it all burns down."

The music ultimately manifests her vision.

"Sometimes when I write music about one thing, it ends up being about something else and coming true," she explains. "It's life imitating art — or art imitating life. 'I Disagree' is about wanting to light everything on fire and enjoying it. You're not thinking about rebuilding anything yet, just thinking about destruction. It feels good."

This feeling consistently translates to audiences. As the story goes, Poppy's Internet-breaking YouTube uploads entrenched her within the cultural conversation. She levied this position to leave an indelible imprint on art at large, beginning with her 2017 full-length debut, "Poppy.Computer", and followed by the sold-out "Poppy Computer" tour. 2018's "Am I A Girl?" accelerated her rise as she once again packed houses on the subsequent headline tour as well. Along the way, she stood out as the rare talent who could collaborate with Diplo, accompany BRING ME THE HORIZON on an arena tour, perform at WWE: NXT, and incite conversation at New York, Paris, and Milan Fashion Week appearances. Not to mention, she received praise from the likes of Rolling Stone, New York Magazine and Alternative Press and appeared on the covers of Revolver, NME, Kerrang!, and many more.

In the end, her evolution as Poppy Version X may just empower.

"When you listen to 'I Disagree', I hope you're not afraid of change," she leaves off. "It's a non-gender specific empowerment album. Right now, I'm both thankful and sick of it all. This is Poppy Version X."

"I Disagree" will be released on January 10. 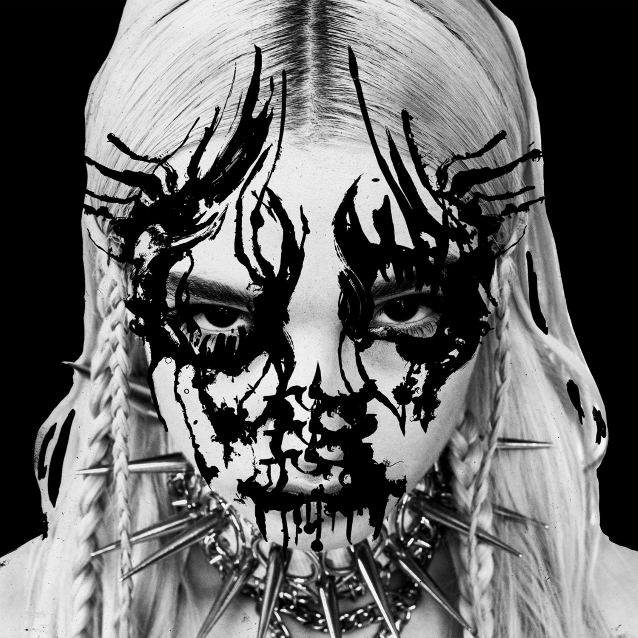