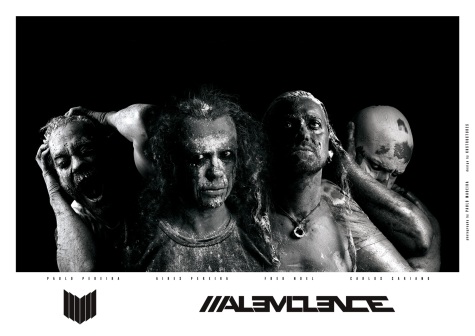 Portuguese extreme progressive metallers MALEVOLENCE have set "Antithetical" as the title of their forthcoming third album. The main theme of the CD illustrates a razor-sharp concept inspired from Ancient Greek Etymology (1580s, from Gk. Antithetikos) that reflects the diametrical opposition to a number of propositions consisting in the revelation of a divergent thought. Pertaining to "Antithetical", the Anti (against) + Thesis (position),as a figure of speech (mainly used by the authors of the Baroque period; style of the epoch known as the art of conflict) acknowledge opposition towards the relative thesis expressed.