Capital Chaos TV has uploaded multi-camera video footage of POSSESSED performing the song "The Exorcist" live at Oakland Metro Operahouse in Oakland, California on September 28. Check out the clip below.

Guitarist Kelly McLauchlin of recently announced his departure from POSSESSED due to his "busy work/travel schedule with [his] audio-visual career." He has since been replaced by Mike Pardi.

In the October 2008 issue of Guitar World magazine, Becerra talked candidly about the 1989 shooting that left him paralyzed from the chest down, his battle with drugs and alcohol, the early days of the Bay Area thrash metal scene and his future as a wheelchair-bound frontman for the death metal legends.

Regarding the robbery that left him paralyzed, Becerra said: "The first bullet went into my chest about six inches above the nipple, went through the lung and stuck on the inside of my spine. I put my hand up as I was going down, and the second bullet clipped the top of my ring finger off. But at least it didn't hit me in the head. So I was on the ground, and the first guy put the gun to my head and pulled the trigger, and the gun jammed — luckily for me, some criminals don't know how to clean their automatic weapons." 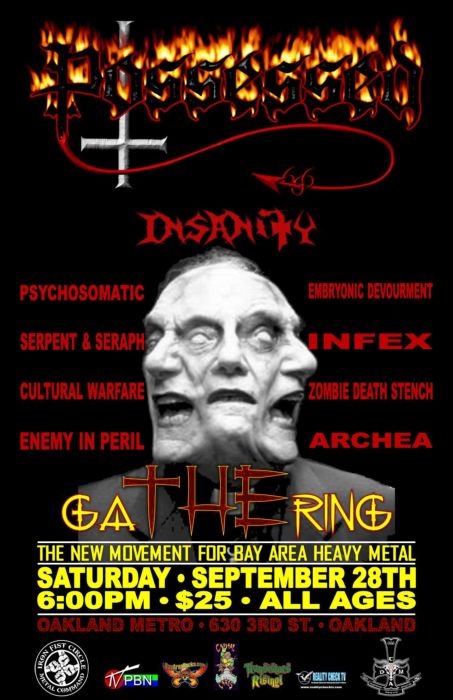